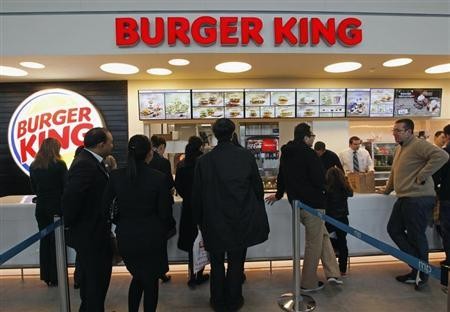 A new Burger King will soon be built separate from four retail stores in Duluth, Minn. (Not Pictured)
(Photo : Reuters)

The new digs will be built on London Road, and have been toned down since original plans were introduced.

"We have a lot of fun, exciting stuff coming," Tom Walsh Jr., who owns the Burger King location with his father, who is project leader told The News Times.  "The community will be very happy to have them. "I keep hearing those stories. "We are not working on that property at all. There's no deal made with us. I'd be tickled to talk to them about it, but they've not talked to me."

Construction workers will soon tear the Burger King restaurant, and put a new one in the west part of the area. The retail stores are expected to go in the eastern part.

Customers can expect the construction process's completion to take a year.

The project originally called for housing in addition to retail, but plans changed when it was scaled down.

Work on the updated Burger King building will start in the coming months. The retail portion of the project will get rolling over the summer.

The Duluth location will be one of the newest one's built since Burger King's location in Paris, France The Telegraph reported.

"Burgers are really fashionable in Paris at the moment, probably because they are quick and easy to put together, are for casual eating and because Parisians are still wildly carnivorous." Natasha Edwards, an expert at Telegraph Travel told the website. "(The franchise's popular new opening in Saint Lazare station is) "just one side of the coin in a city where there's still a real fascination for modern seasonal bistro cooking and authentic ingredients."