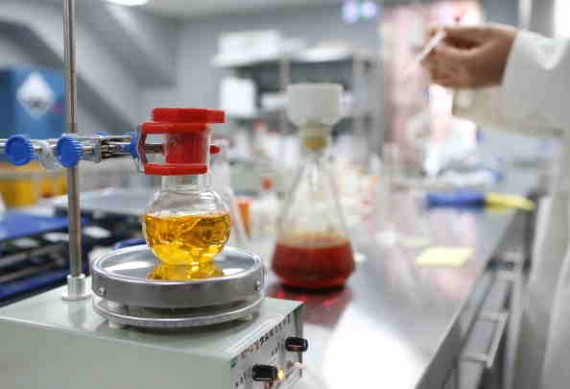 Amgen Inc. has announced in a press release the submission of a Biologics License Application to the U.S. Food and Drug Administration (FDA) for ABP 501, a biosimilar candidate to Humira, or adalimumab, an anti-TNF-α monoclonal antibody.

The company said that the Phase 3 studies has met the primary endpoints and showed clinical equivalence to adalimumab.

Sean E. Harper, M.D., the executive vice president of Research and Development at Amgen, said in the press release that this is an exciting achievement for the company.

"The submission of Amgen's first biosimilar application to the FDA is an exciting milestone, expanding our inflammation portfolio to provide additional therapeutic options to patients," he said.

Reuters adds that several companies who are developing biosimilars are targeting the Humira drug.

The drug continues to grow, with annual sales approaching $13 billion.

Reuters adds that biotech medicines, unlike the cheap generic versions of traditional chemical drugs, are made from living cells.

This means that these biotech medicines cannot exactly be copied.

Reuters adds that this is where the term biosimilar is coined, the need for the medicine to demonstrate clinical equivalence to the target biologic treatment.

Biosimilars do not offer the huge discount that generic drugs do, due to being far more complicated to produce.

Reuters adds that despite the cost to create biosimilars, they are still expected to eventually generate billions of dollars in healthcare savings.

Harper said in the press release that the company is committed to "delivering high-quality medicines to patients with serious inflammatory diseases."

"Patients with chronic inflammatory conditions are faced with a significant burden of disease requiring long-term treatment," he said.

Reuters adds that the first biosimilar that was approved in the U.S. was a cheaper version of Amgen's Neupogen, a white blood cell booster that fights infection.

It was produced by Novartis, a Swiss drugmaker.