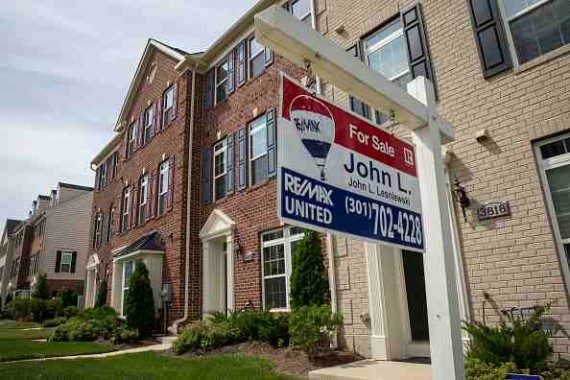 The U.S. Consensus Bureau has said in a news release that new single-family house sales in October have risen by 10.7 percent from September's numbers.

The latest numbers have returned this year's trend of an improving market for real estate developers and builders following a drop in September.

The Consensus Bureau, together with Department of Housing and Urban Development, said in the news release that the sales of new single-family house were at a seasonally adjusted annual rate of 495,000.

ABC News said that this year U.S. citizens have recovered most of their appetites for owning new homes as purchases have surged 15.7 percent year-to-date.

The surge in new purchases was benefitted by the solid hiring gains and low mortgage rates.

Blerina Uruçi, an analyst at Barclays, told ABC News that the figures in October reflect the recovery in the housing market.

"We still see new homes sales consistent with a moderate and sustained recovery in the housing market," Uruci said.

ABC News adds that the real estate industry is still recovering from the bursting of the housing bubble in 2008 financial crisis.

Sales of new home still remain below the 52-year historic average of 655,200.

ABC News adds that the report of new home sales, though, tend to be volatile from month to month.

Revisions downward have lowered home sales in September, August and July by a combined 40,000.

The Census Bureau said in the press release that the median sale of new houses sold in October was at $281,500.

The Census Bureau adds in the press release that the seasonally adjusted estimate of new houses for sale at the end of October was 226,000.

The figure represents a supply of 5.5 months at the current sale rate.