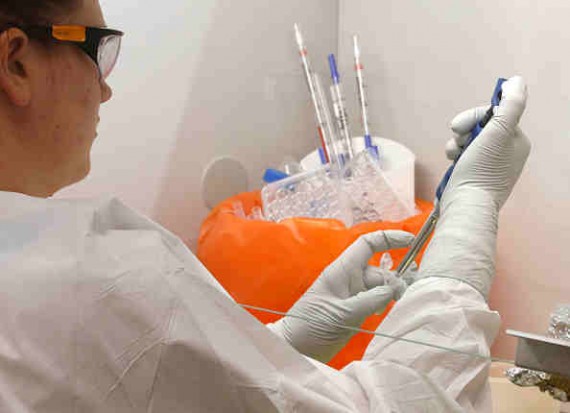 Merck KGaA, a German drugs and chemicals maker, is considering the sale of its allergy business Allergopharma, people with knowledge of the matter told Bloomberg.

The German company is looking to reduce its debt following the $17 billion acquisition of Sigma-Aldrich Corp.

The people, who asked not to be identified because the matter is private, said that the allergy business could command about €600 million, or $636 million, according to Bloomberg.

The people also said that the Allergopharma business could attract interest from drug companies and private-equity firms.

Bloomberg adds that Merck's Allergopharma business focuses on diagnosing allergies and treating them.

The treatment involves training the patient's immune system to be less reactive to substances such as mold and pollen.

The people told Bloomberg that the deliberation, though, is still in its early stages and Merck could still decide not to sell the allergy business.

Reuters said that Merck has raised its full-year guidance for core earnings before one-offs, two weeks ago.

The move was so that the German drugs and chemicals maker could involve the acquisition of Sigma-Aldrich.

Reuters adds that the transaction has already cleared regulatory hurdles.

Bloomberg said that the acquisition of Sigma-Aldrich will allow Merck to reduce its reliance on drugs after years of failing to develop a new one.

The acquisition of Sigma-Aldrich is the German drugs and chemicals maker's biggest deal to date.

Sigma-Aldrich announced in a press release recently that their merger with Merck has already secured the final approval from the European Commission (EU).

The approval has paved the way for the formal completion of the transaction, which took place on November 18, 2015.

Merck and Sigma -Aldrich announced their merger on September 22, 2014, to establish one of the leading players in the $130 billion global life science industry, according to the press release.