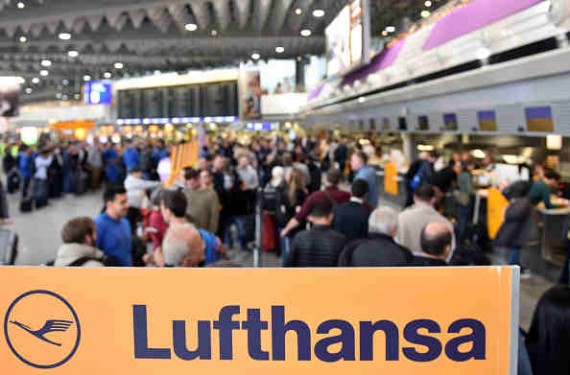 Deutsche Lufthansa AG has reached an agreement with Verdi, a trade union, with regards to the wages and pensions of about 33,000 ground crew and other personnel, according to a report from The Wall Street Journal.

The German airline has agreed to pay its workers as it looks to avoid further strikes.

BBC News said that Lufthansa went on a strike earlier this month and is considered as the longest that the airline experienced in its history.

The strike has affected over 500,000 passengers.

BBC news adds that Lufthansa, Europe's biggest airline, has been mired in a pay and pension dispute with its workers as the airline is looking to cut costs.

The German airline is seeking to cut costs so it can compete with budget airlines and Gulf carriers.

The Wall Street Journal said that Lufthansa has agreed to increase to a 2.2 percent increase on wages by January 2016 to its workers at Lufthansa-Systems, Lufthansa-Service GmbH, Lufthansa Technik and Lufthansa Cargo.

The airline would also be providing a one-off payment of €2,250 or $2,387 to all full-time employees while trainees will receive a payment of €600.

The Wall Street Journal adds that Lufthansa and Verdi also announced that the 33,000 employees will be receiving their employer-funded pension plans.

The workers will be making a one percent equity contribution to their pension plans between 2016 and 2018.

Dr. Bettina Volkens, a member of Lufthansa's board, told BBC News that the agreement with Verdi provides coordination.

She said that the deal would create "harmony between the bargaining parties."

BBC News adds, though, that Lufthansa has yet to reach an agreement with the airline's cabin crew and pilots.

The cabin crew called for the week-long industrial action in early November.

The Wall Street Journal adds that UFO, the labor union that represents cabin crew, has called off the planned strike last week.

The two sides have already agreed on the main points on resolving the dispute over pensions and retirement benefits.

The Wall Street Journal adds that Lufthansa has invited all major unions that represents the airline's staff to a summit on December 2, 2015.

The airline aims to discuss labor issues during the summit.