AB InBev to Sell Peroni and Grolsch, Looks to Smoothen Merger with SABMiller 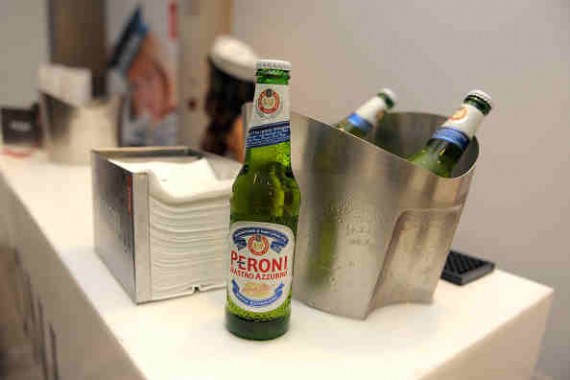 Anheuser-Busch InBev (AB InBev) is planning to sell the Peroni and Grolsch brands that it would gain following its acquisition of SABMiller PLC, a person familiar with the matter told the Financial Times.

The proposed transaction is AB InBev's attempt to head off European regulatory concerns that may arise with its merger with SABMiller.

The person told the Financial Times that AB InBev is concerned that European regulators would view its acquisition of SABMiller as having too much dominance over Europe's premium beer market.

Another person familiar with the deliberations told the Financial Times that while a sale is being considered, there is no agreement yet on the formal process.

The person adds that the plans were still subject to change.

The Financial Times adds that the Sunday Times said the Peroni and Grolsch brands are expected to command billions.

No actual price, though, were mentioned regarding how much the two brands will fetch.

The Wall Street Journal said that AB InBev has agreed to acquire SABMiller for about $108 billion earlier this month.

The deal is expected to create a brewing company that will own about 30 percent of the world's beer market.

The two companies also have a combined share of more than 20 percent in the U.K. and Hungary.

The Wall Street Journal adds that European regulators informally use a 30 percent market share as a benchmark for considering whether a deal would give one company too much hold over the market.

The Financial Times adds that it is still not yet clear whether European regulators would demand disposals from the combined company.

Nevertheless, AB InBev is likely to proceed with the sale of Peroni and Grolsch.