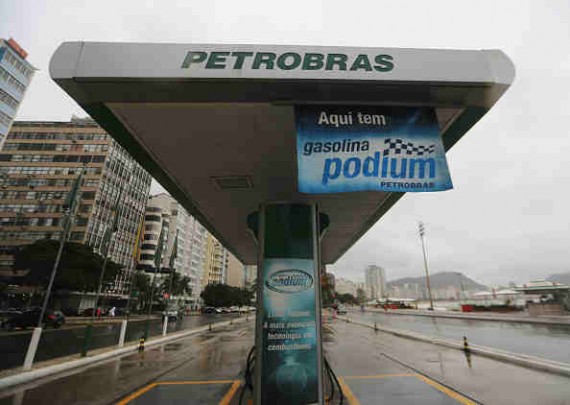 Petróleo Brasileiro S.A. has announced in a press release that Murilo Pinto de Oliveira Ferreira has resigned from his position as chairman of the company.

Ferreira has been on a leave of absence from the company since September 14, 2015.

Petrobras didn't state in the press release the reason for Ferreira's resignation.

The Wall Street Journal said, though, that few expected Ferreira to return to Petrobras, following words of possible disagreements with Aldemir Benide, the CEO of Petrobras, leaked out of the company's board room.

Reuters said that Ferreira took over as chairman on April, as the company was sinking deeper into its worst crisis in history.

Prosecutors have accused Brazil's leading engineering firms of conspiring to fix prices on contracts with Petrobras and other state companies.

Reuters said that they prosecutors also accused them of kicking back bribes to members of the ruling coalition.

This is considered as the country's worst corruption scandal ever.

The Wall Street Journal said that Ferreira's resignation also comes as he deals with the implications of a catastrophic accident at Vale SA, a mining giant.

Ferreira also serves as the CEO of Vale.

The Wall Street Journal adds that Ferreira's time for most of this month has been used up by the fallout from a catastrophic dam failure at Samarco Mineração SA.

The Samarco is a joint venture between Vale and BHP Billiton Ltd., an Australian miner.

The accident happened on November 5, 2015, and killed as many as 13 people and left another eight missing, according to The Wall Street Journal.

The accident also polluted hundreds of miles of rivers in southeastern Brazil.

The Wall Street Journal adds that Vale and BHP have been trying to brush off legal responsibility for the disaster while contributing to recovery efforts.

The office of Brazil's attorney general, though, announced on Friday a 20 billion real, or $5.2 billion, civil lawsuit against Samarco "and its controllers."

Petrobras said in the press release that Luiz Nelson Guedes de Carvalho, who has been serving as Chairman of the company since September 14, will stay on his position until the next board meeting when they deliberate on the new chairman.