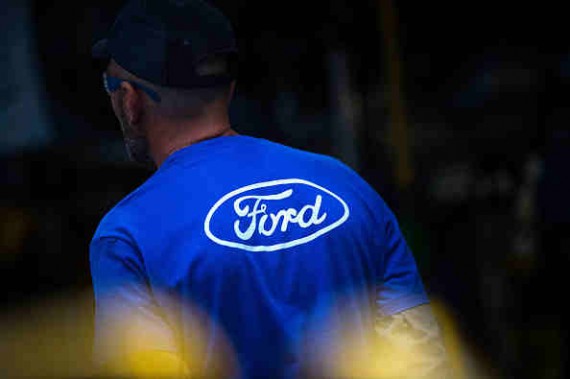 Ford Motor Company has said in a press release that the recently ratified contract between the automaker and the United Auto Workers (UAW) represented employees provides a good foundation for the company to create an even stronger business in the years ahead.

Ford said in the press release that the new agreement increases their overall labor cost, including the ratification and lump sum bonuses, by less than 1.5 percent a year.

The annual increase is less than the company's present forecast of inflation over the contract period.

Ford adds in the press release that the new agreement also provides them with opportunities to improve their overall productivity.

The opportunities include, an end to a cap on entry-level employees, improved ability to use temporary workers, use of alternative work schedules, additional daily and weekly mandatory overtimes, and flexibility to leverage Ford's global manufacturing footprint.

Ford adds in the press release that they will incur a $600 million expense this year that is tied to the new agreement.

The expense is primarily due to the ratification bonus but is still consistent with the company's full-year guidance for 2015.

Mark Fields, the president and CEO of Ford, said in the press release that the agreement enables the company to "further strengthen our business and continue investing in manufacturing in the U.S."

"At the same time, the agreement aligns our labor cost structure more closely with our competition and improves our manufacturing productivity and staffing flexibility," he said.

Bloomberg said that the new contract allows Ford to hire an unlimited number of entry-level workers, compared to the previous contract's limit of only having 20 percent of the automaker's total workforce as new hires.

Entry-level workers start at a lower wage than the veterans.

Bloomberg adds that UAW members narrowly ratified the deal with Ford, with 51.3 percent of production workers and 52.4 percent of those in skilled trades agree to the deal.

The contract with Ford is considered the richest among the contracts that UAW has negotiated with the three major automakers in the country.