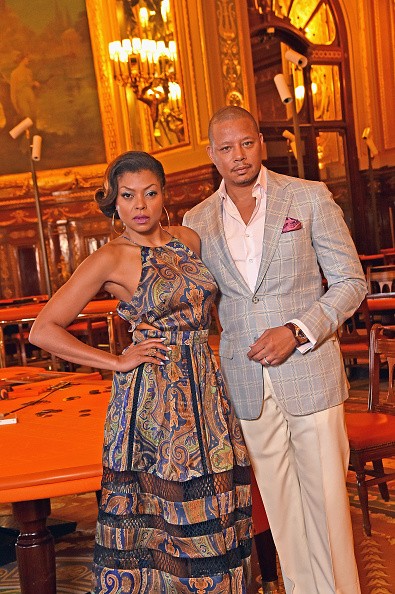 Different regions have different rules and if there's trouble accessing the link about "Empire" could also be watched here or here.

Tonight is going to be the fall finale for the highly raved about "Empire" series.

After all the fight between Lucious (Terrence Howard) and Cookie (Taraji P. Henson), the fall finale episode will see Cookie and son Hakeem (Bryshere Y. Gray) looking over the head of the Lyon family.

Episode 10 will see Lucious making a "reckless play" with Swiftstream, after deciding to acquire the music-streaming service.

The sneak peek video showed Mimi (Marisa Tomei) arranging a meeting to oust Lucious as the CEO of the company.

And with Mimi's plans taking over the Empire, Cookie and Hakeem were seen helping out Lucious.

"Lyon Dynasty may be our company, but Empire is our family," Cookie says in the promo video. "And anybody that tries to steal that from us is our enemy."

Laz (Adam Rodriguez), who is now out of the picture, Cookie is going to put up a concert at the prison where she spent 17 years away from her family.

Meanwhile, Hakeem's love life will be more complicated as Camilla (Naomi Campbell) is set to return after being sent away by Lucious in season 1.

What will happen to Laura (Jamila Velazquez) and the obsessed Anika (Grace Gealey), who is pregnant with his child.

"Lucious makes a reckless play for the streaming service that he believes will make him the most powerful man in music, only to learn that the entire business strategy was part of a scheme that might jeopardize everything for which he has worked so hard. Meanwhile, Cookie decides to plan a concert at the prison where she spent 17 years locked away from her family; and you won't want to miss the last few minutes that will leave you speechless in the all-new "Et Tu, Brute?" fall finale episode of EMPIRE on Wednesday, Dec. 2 (9:00-10:00 PM ET/PT) on FOX. (EMP-210) (TV-14 D, L, S, V)."

For more FOX shows, there is a live stream of the channel which can be accessed at FOX Now or here or here (different regions might access different sites), and through that, fans can watch "Empire" season 2 episode 10.