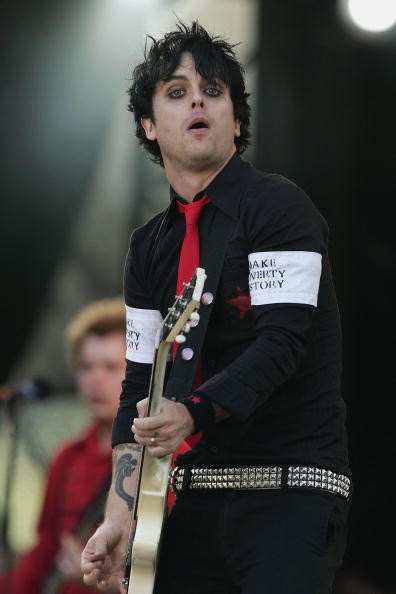 Following their recognition from the Rock and Roll Hall of Fame, Green Day is reportedly set to release a new album.

While the punk rock band has yet to discuss the scheduled release date for their new record, fans suggest that it's most likely going to happen next year.

In his interview with Billboard, Billie Joe Armstrong spilled the beans on the band's progress.

"There's definitely a great spirit going on," Armstrong explained of Green Day's new album. "We've always been pretty charged up. Before we found any of this out, I had already written a few songs and everybody was really excited by them. And then we heard about the Hall of Fame, and we were just blown away."

After the Rock and Roll Hall of Fame recognition, Armstrong explained that while Green Day is "pumped up" they are not rushing things since they did not want to make the album sound like a "victory lap" and just create an album.

"Yeah, I mean, we're going to take our time," Armstrong explained of the process of their new album.

"We're not going to try and pull off some, like, victory lap over this because I definitely want the music to come from a real place and be inspired, not just because we got honored or anything like that, but because we're honoring music. We want to work on them, and we want to make a great album."

In addition to their new album, Green Day is also working on a series of tours as Billie Joe Armstrong acknowledges the band's closeness, which helped them reach the top.

"Well, even people that would be our contemporaries, a lot of these guys would be in their fifties already. But we started young. This is my high school band, and we just kept going. So there's been a lot of life within the time period that we've been around. We're really fortunate in that way."