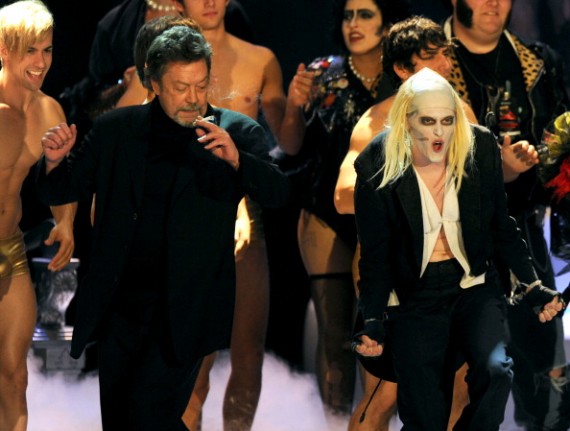 Director Cary Fukunaga shocked fans when he announced his exit from Stephen King's "It" movie remake.

And while news of Fukunaga's exit had reportedly something to do with the New Line's budget restraints, the 38-year-old director clarified reports.

In an interview with Variety for a cover story of his film "Beasts of No Nation," Fukunaga admitted that the movie studio is now on the hunt for a new director for "It" movie remake.

With an agreed $32 million budget, Fukunaga explained that he planned on making "It" into a two-part film.

However, due to creative differences, he and the management did not agree on details.

"I was trying to make an unconventional horror film," he admitted.

"It didn't fit into the algorithm of what they knew they could spend and make money back on based on not offending their standard genre audience. Our budget was perfectly fine. We were always hovering at the $32 million mark, which was their budget. It was the creative that we were really battling. It was two movies. They didn't care about that. In the first movie, what I was trying to do was an elevated horror film with actual characters. They didn't want any characters. They wanted archetypes and scares. I wrote the script. They wanted me to make a much more inoffensive, conventional script. But I don't think you can do proper Stephen King and make it inoffensive.

Cary Fukunaga was supposed to bring a new Pennywise the Clown to the new generation viewers, an attempt which was reportedly turned down by New Line.

"The main difference was making Pennywise more than just the clown," he explained.

"After 30 years of villains that could read the emotional minds of characters and scare them, trying to find really sadistic and intelligent ways he scares children, and also the children had real lives prior to being scared. And all that character work takes time. It's a slow build, but it's worth it, especially by the second film. But definitely even in the first film, it pays off.

Additionally, New Line had reportedly rejected most of his ideas, which eventually led him to just leave Stephen King's "It" movie remake project.

Despite the misunderstandings, Fukunaga is still thankful of New Line's decision to completely thrash his work because he did not want it to be "basterdized."

"We invested years and so much anecdotal storytelling in it," he explained.

"Chase and I both put our childhood in that story. So our biggest fear was they were going to take our script and bastardize it. So I'm actually thankful that they are going to rewrite the script. I wouldn't want them to stealing our childhood memories and using that. I mean, I'm not sure if the fans would have liked what I would had done. I was honoring King's spirit of it, but I needed to update it. King saw an earlier draft and liked it."

With no confirmation yet, New Line is reportedly eyeing on "Mama" director Andy Muschietti to replace Fukunaga in the directorial chair.

Stephen King's "It" movie remake has no scheduled release date yet.