Sylvester Stallone's 'Expendables 4' To Start Shooting Next Year! Release Date All Set In 2017 With New Cast Lined Up 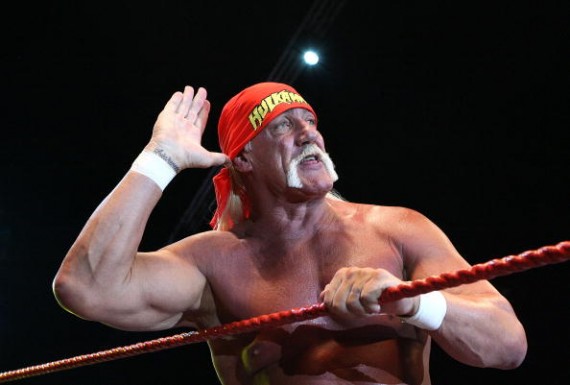 Sylvester Stallone has finally decided to move forward with "Expendables 4" despite the lack-luster third installment of the series.

While, the veteran actor has yet to officially make an announcement, Variety confirmed that the action-packed sequel is going to start filming next year with a scheduled release date in 2017.

"'Expendables 4' will shoot in 2016 and be delivered in 2017," Variety confirmed. "Neither director nor cast have yet been announced, though the picture is expected to have maintain its all-action star formula. It is to be produced on a budget of over $100 million."

And while the release date has already been set, the movie casting has yet to be revealed.

However, earlier reports suggest that Stallone together with good pal Arnold Schwarzenegger are going to introduce new cast members in the line up.

According to Wrestling Inc.(via Uproxx), WWE legend, Hulk Hogan has already confirmed his involvement in "Expendabels 4."

"Was talking on the phone with Sly [Stallone] about doing The Expendables 4," Hogan revealed.

"We're trying to figure out a way to maybe turn me into the most evil man in the world. Y'know, Stallone gave me my first break and he's been a great friend for all these years ... We had a great conversation, talking about the possibilities. Can I still run, can I still jump? Well, not as fast or not as high, but I think Hollywood could find a good stunt man to help me out."

While he teased his involvement already, another WWE star has also expressed his interest in the line up of "Expendables 4."

In his Reddit AMA, Dwayne "The Rock" Johnson talked about the possibility of appearing in the action-adventure franchise.

"I don't want to be on their team and be buddies with them," he told a fan who asked if he's interested in an "Expendables" film. "F**k that noise. I want to hunt every single one of them down and tell them to 'send your soul to heaven cause your ass is mine.'"

In addition to the two wrestling champs, Sylvester Stallone will also reportedly include Bollywood superstar Salman Khan in the line up.

According to India Times Stallone has posted a series of tweets asking Khan to join "Expendables 4."

"Salman, I am very impressed with your many devoted fans. To make a great Action film Sucessful takes MANY great fans who support you, Sly"

With no confirmed cast line up yet, "Expendables 4" release date is set sometime in 2017.