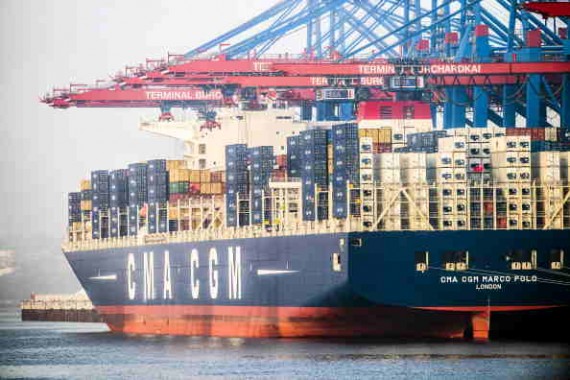 CMA CGM, a French container shipping company, has announced in a press release that it will be acquiring Neptune Orient Lines (NOL).

The acquisition will enable CMA CGM to reinforce its position in the container shipping industry.

CMA CGM said in the press release that the acquisition of NOL, Southeast Asia's largest container shipping company, would result in a combined turnover of $22 billion.

It would also result in a combined fleet size of 563 vessels.

Rodolphe Saadé, the vice-chairman of CMA CGA, said in the press release that the transaction "represents a significant milestone" in the company's development.

"By bringing together the know-how of both teams, the enlarged group will be even better positioned to provide premium services to its customers across all markets," he said.

Ng Yat Chung, the CEO of NOL, adds in the press release that the transaction provides NOL the "scale needed to enhance competitiveness" for the company's operations.

"The transaction would enable NOL to grow as part of a larger entity with the resources of the world's third largest container shipping line," he said.

CMA CGM said in the press release that they will be paying 1.3o Singaporean dollars per share of NOL's stock.

People familiar with the matter told The Wall Street Journal that the deal is valued at $5 billion, including NOL's debt.

It is considered as the biggest shipping consolidation since 2005 when Maersk Line bought P&O Nedlloyd for about $3 billion.

The Wall Street Journal adds that the biggest shipping lines have been hammered by sluggish global trade and overcapacity.

These forced companies' into alliances and cost-cutting.