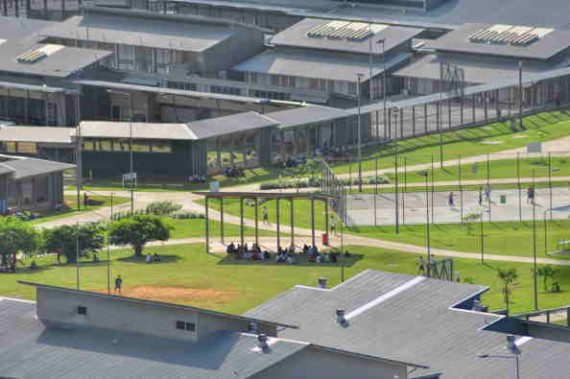 Ferrovial SA, one of the largest global infrastructure operators and city services managers, has announced in a press release that it has submitted an offer to acquire 100 percent of all shares of Broadspectrum Ltd for 1.35 Australian dollars per share.

The acquisition, if successful, would support Ferrovial Services' entry into the Australian market.

Ferrovial said in the press release that Broadspectrum, an Australian-based company, will help Ferrovial by integrating a large services company with a significant platform across various segments.

Broadspectrum operates in markets such as energy, mining, telecommunications and infrastructure maintenance.

Ferrovial adds in the press release that Broadspectrum also operates in countries such as Australia, U.S. Canada and Chile.

Reuters reported that the deal would put Ferrovial in line for a five-year immigration detention contract, which is expected to be worth about 2.7 billion Australian dollars.

Ferrovial owns interests that run prisoner escort service in the UK and several prisons in Spain.

In addition, the report said that human rights advocates, though, are urging shareholders of Ferrovial to block the deal.

The United Nations is criticizing Australia's policy of detaining asylum seekers who arrive by boat.

"Ferrovial's investors should be very concerned about the legal, financial and reputational risks that come with participation in the serious and systemic human rights abuses," she said.

The report stated that detainees of camps run by Broadspectrum have alleged that they have been subject to physical and sexual abuse.

The company has denied any wrongdoings.

The offer will be subject to a final 50.01 percent minimum acceptance, foreign investors approval by Australian authorities and other limited conditions.

Ferrovial adds in the press release that Broadspectrum's board has not yet considered the proposal and the transaction is not guaranteed to be successful.