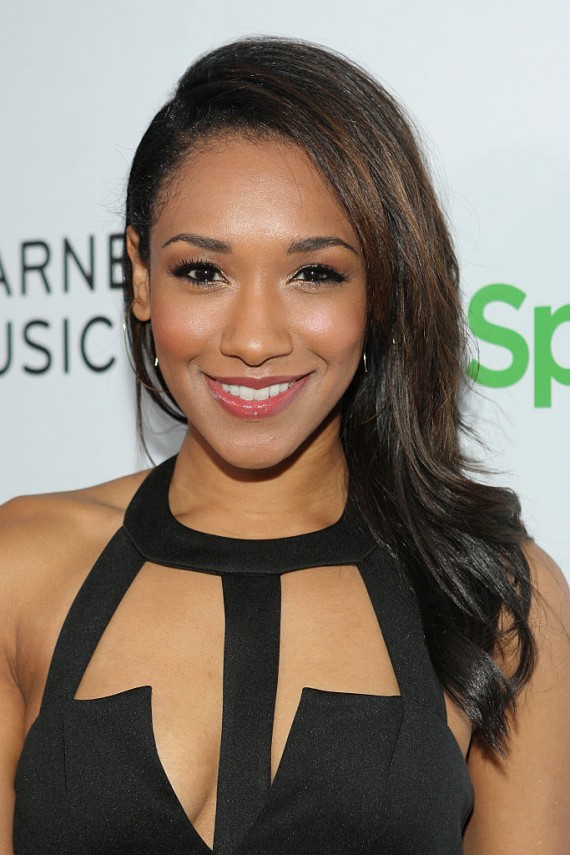 When "The Flash" season 2 returns next month, Iris West (Candice Patton) will deal with the arrival of his younger brother Wally (Keiynan Lonsdale) who was said to be some sort of headache.

Despite this new task for the Central City's smart reporter, she will still have time for a new love life. Iris no longer has Eddie (Rick Cosnett) who died in last season's finale. It has been a while since someone swept her off her feet but when "The Flash" season 2 returns, one brave man will attempt to win her heart, although he'll start off the wrong foot.

"The new year may usher in her first post-Eddie romance," TV Line wrote when a fan asked for "The Flash" season 2 spoiler.

"The CW hit is looking for a handsome African-American actor in his 20s to play Scott, Iris' new boss at CCPN. Their professional relationship gets off to a rocky start - his first order of business is to kill her puff piece about recent attacks in Central City. Maybe that's his idea of foreplay?"

Reports have it that the show has already added a new character to be played by Tone Bell from "Thruth be Told."

Variety reported he will assume the role of Iris's new boss.

In the comics, Patton's character became the wife of Barry Allen who in the CW superhero show is being portrayed by Grant Gustin. However, executive producers say it will take time before these power comic book couple end up in each other's arms. Barry, on the other hand, is with colleague Patty Spivot and they look very happy right now.

Iris will be very busy, as well as his father Joe (Jesse L. Martin) because of Wally who actor Lonsdale said is totally the opposite of disciplined and composed sister.

"Where we meet Wally and how we're introduced to him, he's just a regular guy," he told Entertainment Weekly.

"He's not Kid Flash just yet. I don't know when that's going to happen. He is also into drag racing, which makes the family dynamic kind of funny when your dad is a detective. It's pretty cool. He's fairly protective of himself and what it is that he does. It's difficult having to be introduced into a new family; really, a family with really strong personalities. Iris is a really strong person and she's determined and has protected herself."

Lonsdale also confirmed that his Wally West will be a troublesome kind of teenager just like how he was portrayed in the comics.

"When Wally is maybe getting into trouble, she is very concerned and does what she needs to do to help him out," he said. "It's that kind of thing: Does Wally want to be helped at all by anyone, family or not? That's where he's at. He's got his defenses built up pretty high."

"The Flash" season 2 return is on January 19, the same week that sister TV series "Arrow" and will be back on TV and new spinoff series "Legends of Tomorrow" will debut.