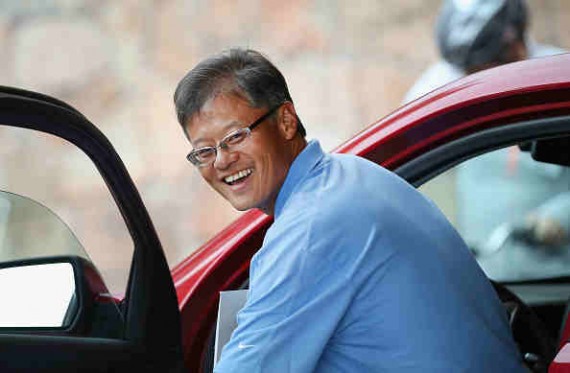 Didi Kuaidi, the largest car-hailing app in China, has just appointed Jerry Yang, co-founder of Yahoo, to its board as a senior advisor, according to a report from Techcrunch.

The appointment of Yang strengthens the network of relationship that the company has built with some of the largest tech companies in the world, which includes Softbank, Tencent and Alibaba.

Didi Kuaidi, together with these tech companies and other car-hailing apps, are forming an alliance worldwide to compete against Uber.

Lyft in the U.S., Ola, the leading Indian car-hailing app, Grab Taxi, who holds most of the market in Southeast Asia, are now all aligned with Didi Kuaidi through investments and mutual venture capital backers.

Didi Kuaidi was formed with the combination of Didi Dache and Kuaidi Dache, the two largest car-hailing apps in China.

Investors of Didi Dache include Tencent, DST Global, and Temasek Holdings while the investors of Kuaidi Dache are Alibaba, Softbank, and Tiger Global.

Softbank also has interests in other car-hailing apps like Ola and Grab Taxi while Alibaba contributed funding to Lyft.

Following the merger, Didi Dache became an investor in all three car-hailing app companies as well.

The relationship of all four car-hailing app companies is one of the biggest hurdles that Uber is facing in its quest for global dominance.

Didi Kuaidi, Lyft, Ola and Grab Taxi have said that they all plan to remain independent.

Bloomberg said that Didi Kuaidi said in an emailed statement that Yang will also be an observer on the company's board of directors.

Yang also serves as an independent director of Alibaba.

Cheng Wei, the founder and CEO of Didi Kuaidi, said in the statement that Yang is a "visionary, a pioneer and an investment leader in the Internet technology industry."

"His experience and insights on the global and Asian technology sector will greatly benefit Didi's long-term strategy to build a leading mobile internet platform of global scale," he said.