Walmart Introduces Walmart Pay: Is This The Beginning Of The End For MCX's CurrentC Payment System? 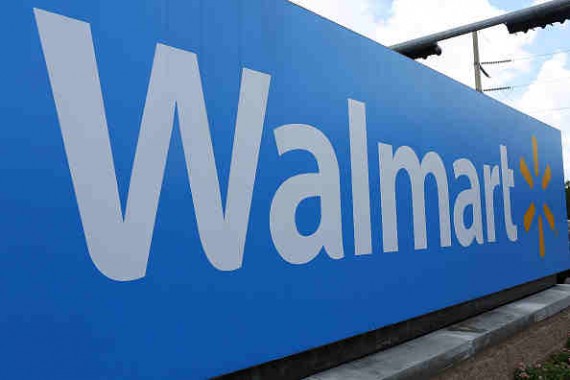 Wal-Mart Stores, Inc. has introduced Walmart Pay, a fast, easy and secure way for customers to pay with their smartphones in Walmart stores, according to a press release issued earlier this week by the company.

The new payment system deals a big blow to the Merchant Customer Exchange, a company created by a consortium of retail companies, including Wal-Mart, to develop a mobile payment system called CurrentC.

Reuters said that CurrentC, which also includes Target Corp and Best Buy Co. Inc. among others as its developer, was likely to be a strong competitive to Apple Inc.'s Apple Pay. CurrentC was developed as a single payment solution that could be used at many retailers and integrate their loyalty programs.

Years of delay, a data breach, and management changes, though, have hurt the payment systems prospects.

The biggest worry for CurrentC, though, is the end of its exclusive partnership with most of its members, meaning these stores can now accept other mobile payment options. A spokesman for CurrentC has said that Wal-Mart, though, continues to be a "strong and supportive partner," despite the launch of Walmart Pay.

The company is also working on a national launch of the CurrentC payment system with the world's largest retailer as its partner.

Wal-Mart said in the press release that the Walmart Pay is built with the goal of improving how their customers check out and expand its mobile payment access.

The new payment system works with any iOS or Android devices, at any checkout lanes, and with any major credit, debit, pre-paid or Walmart gift card, all through the Walmart app.

Neil Ashe, the president and CEO of Walmart Global eCommerce, said in that the Walmart app "was built to make shopping faster."

"Walmart Pay is the latest example - and a powerful addition - of how we are transforming the shopping experience by seamlessly connecting online, mobile and stores for the 140 million customers who shop with us weekly," he said.

Walmart Pay will be introduced in select stores beginning this month, according to Wal-Mart.

A nationwide launch is expected to be completed by the first half of 2016.