Dow Chemical And DuPont in Advanced Talks to Merge, Combined Worth Estimated At $120 Billion 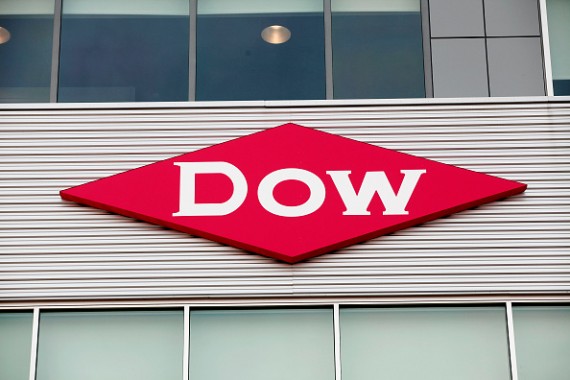 Dow Chemical Co. and DuPont Co. are already in advanced talks for a merger and deal could be announced in the coming days, people familiar with the matter told The Wall Street Journal.

Together, the two chemical giants are worth nearly $120 billion.

The people said that once the deal pushes through, a three-way breakup of the combined company would follow, which is a recently common approach to mergers and acquisitions.

Andrew Liveris, the CEO of Dow, will become the executive chairman of the combined company while Edward Breen, the CEO of DuPont, would keep his title.

Some of the people said that the transaction would be billed as a merger of equals, which means shareholders of either company shouldn't expect much premium on the transaction price.

The people cautioned, though, that a deal has not yet been reached and talks could still fall apart.

There is also no guarantee that antitrust regulators would approve the merger or that the three-way breakup could address any concerns they may find.

The two companies are the top two suppliers of industrial and agricultural chemicals and crop seed.

Angela Zhang, an antitrust expert at King's College in London, told Reuters that Chinese regulators, not just MOFCOM but other government actors as well, will closely scrutinize a deal of this kind for antitrust issues.

However, she said that if the two companies "can offer remedies that satisfy the Chinese regulators," a clearance, subject to conditions, could be obtained.

A merger would allow the two companies to reorganize their assets based on their diverging fortunes.

The plastics and specialty chemical businesses of the two companies have benefited from the low energy costs while their agrochemicals divisions have struggled to handle the weak demand for crop protection products.

DuPont, under Breen, has already been in talks with rivals, including Dow, about exploring options for its agricultural business.

Dow, on the other hand, has been reviewing options for its farm chemicals and seeds unit, which has been reporting falling sales for nearly a year.