Kitson Closes All Stores, Boutique Has Been Struggling Since 2013 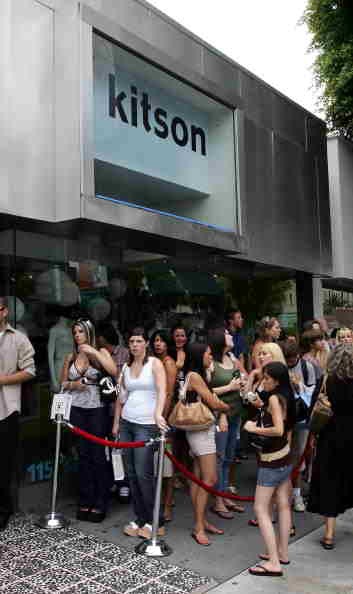 Kitson, an upmarket department store chain, is preparing to close all of its 17 retail locations as well as its online shop, Shokitson.com, according to a report from the Los Angeles Times.

The boutique chain, known as the shop being frequented by the likes of Paris Hilton and Lindsay Lohan, has been struggling since 2013 as it over-expanded, at times opening in areas with high rents.

Kitson has received a $15 million credit line from Salus Capital Partners in 2013 to refinance its debts and provide working capital.

Salus is known for extending loans to companies that cannot get credit anywhere else.

Kitson, though, used the money to aggressively expand with new shops at the Beverly Center and Fashion Island in Newport Beach.

A company representative also said in August that the company is planning to open a foreign flagship "in the near future."

The sales, though, couldn't support the expanded shop and cover the company's debt.

Spencer Spirit Holdings, Inc. has agreed, this summer, to extend a loan to Kitson to pay down its loan with Salus.

Lloyd Greif, the CEO of Los Angeles investment banking firm Grief & Co., said that the key for Kitson is "to constantly discover the up-and-comer, the latest and greatest."

"But that's difficult. You don't know when the music will end," he said.

Ron Friedman, the head of retail and consumer products at Marcum, added that retailers like Kitson are also under pressure from online shopping and from malls that opt to include more dining and experiential stores instead of traditional stores selling products.

He mentioned the new open-air mall, Village at Westfield Topanga, as an example of such malls that put Kitson under pressure.

"The baby boomer generation will die off and the next generation is so used to shopping online," he said.

James Wong, the chief restructuring officer of Kitson, said that the company, though, is talking with "interested parties" to preserve the brand.

US Magazine said that before Kitson would close down, the boutique is having a going-out-of-business / holiday sale in its stores.

The boutique will be featuring discounts from 30 to 50 percent off on apparel and accessories.