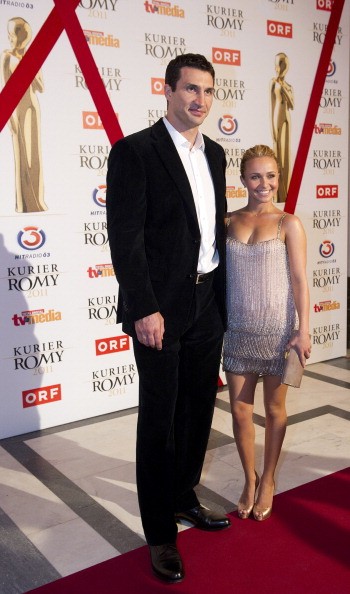 It has been over a year since Hayden Panettiere and husband-to-be Wladimir Klitschko announced their engagement.

And while many fans are patiently waiting for the couple's wedding, a lot of things came in the way, which eventually delayed the highly-anticipated celebration.

The "Nashville" star and her Ukrainian boxer fiancé celebrated the arrival of their first daughter, Kaya Evdokia Klitschko on Dec. 9, 2014.

And while the birth of their first child could have led to their wedding, the couple decided to postpone it and just take their time adjusting to the life of being first time parents.

Even before things could push forward, Hayden Panettiere bravely announced recently that she has been suffering from a postpartum depression and has seeked treatment for her condition, CBS News confirmed.

Understandably, no wedding is going to happen during Panettiere's efforts to deal with her depression. In fact, her wedding with Wladimir Klitschko was not the only one compromised during the ordeal, she also had to file for an indefinite leave of absence from her show, "Nashville," Scout reported.

Panettiere's rep released an official statement of the actress' admission via E! News.

And while Wladimir Klitscho has remained silent about his fiancee's condition, a new update from someone close to the situation could finally lead to wedding bells.

Apparently, according to Panettiere's "Nashville" co-star Riley Smith, the 26-year-old actress is fast recovering from her postpartum depression.

"Good," he said in an interview with Us Weekly. "I texted her, and wished her well. She texted me right back and said, 'I'm awesome, thanks.' So hopefully she will be back on the set soon."

While things are obviously becoming better with the actress, it was earlier reported by OK! Magazine that the Ukranian pro-boxer is already getting frustrated with all the wedding delays.

"[Wladimir Klitschko]'s so frustrated," a source of OK! Magazine reportedly said. "Every time they agree on a date, Hayden seems to suddenly get cold feet or a work commitment comes up."