Holiday Travelers Expected To Top 100 Million For The First Time, Driven By Improvement In Labor Market And Low Prices 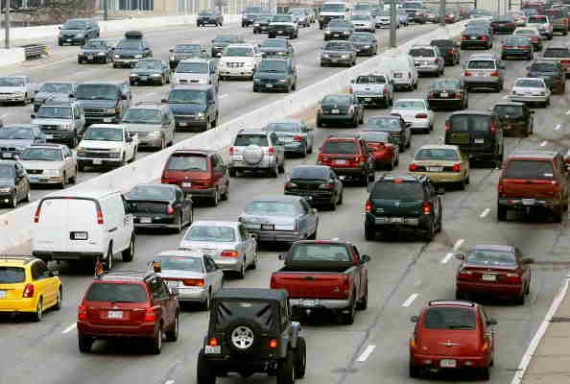 The American Automobile Association (AAA) projects that the number of holiday travelers will top 100 million for the first time on record, according to a press release issued by the AAA.

The increase is being driven by the improvement in the labor market, rising income, and low prices, including gas prices.

The AAA said that one in three Americans is expected to travel during the year-end holiday period, which begins on Wednesday, December 23, 2015, until Sunday, January 3, 2016.

The AAA also expects 100.5 million people to travel more than 50 miles or more from their home, which represents a 1.4 percent increase over last year's numbers.

This year's figure is also the seventh consecutive year that year-end holiday travel has grown.

Marshall Doney, the president and CEO of AAA, said that "the record number of people traveling this holiday should make for a joyous travel season."

"Rising incomes and low gas prices are helping to fill stockings this year, and more people than ever will choose to spend those savings on travel this year," she said.

Data in November from the Labor Department shows that the average hourly earnings was estimated to have risen by 2.3 percent over the last year, according to The Christian Monitor.

The unemployment rate was also recorded as falling at an annual amount of 0.8 percent.

The Christian Monitor adds that gas prices in November averaged $2.14 per gallon across the U.S while a roundtrip ticket via airfare averaging $17, which is lower than previous years.

The AAA said that 91.3 million people are expected to drive to their holiday destinations, an increase of 1.4 percent from last year's figures.

Air Travel is expected to increase by 0.7 percent to 5.8 million people while traveling by other modes of transportation, which include cruises, trains, and buses, will increase 2.4 percent, to 3.4 million travelers.