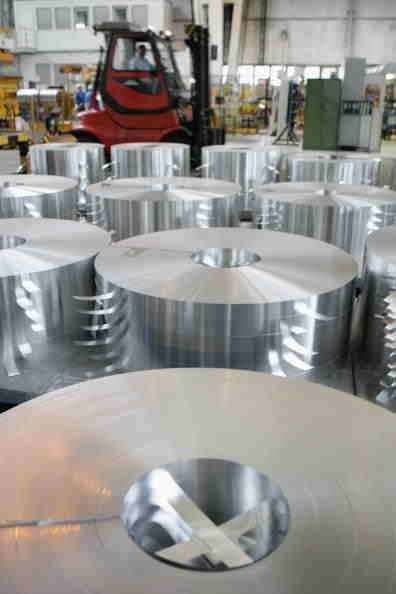 Century Aluminum Company has said in a press release that Century Aluminum of South Carolina, Inc., its wholly-owned subsidiary, has reached an agreement in principle with Santee Cooper.

The agreement will allow the Goose Creek, SC plant to operate at half capacity while state legislature pursues a long-term solution.

Century Aluminum said that the agreement would provide enough power to operate the Mt. Holly smelter at approximately 50 percent capacity.

The agreement will also help the company retain about 300 jobs.

Michael Bless, the president and CEO of Century Aluminum, said that their relief is "tempered because 300 of our people are being laid off."

"Mt. Holly is a family and we are saddened that we were left with no choice but to make this decision," he said.

He adds that the company agreed to the deal at the request of many local legislators "in order to allow them to seek a legislative remedy."

"Although this will result in our continuing to operate under an uncompetitive power arrangement in the short-term, we owe it to our employees, the community, and the state to do this in order to save a plant," he said.

The Post and Courier said that the Mt. Holly smelter buys some of its electricity from Santee Cooper, South Carolina's state-owned electric and water utility.

The costs, though, are roughly twice as much as other suppliers.

Officials from Century Aluminum have said for months that they will be forced to shut down the plant if they are unable to negotiate a lower rate or buy from a different supplier.

Century Aluminum said that their new contract with Santee Cooper would have a three-year term and the company could terminate it anytime on a 60-day notice.

The company intends to work with state legislators to pass legislation 2016 that will allow Century Aluminum to access market power for all of the power it needs and operate Mt. Holly smelter at full capacity and employment.