Citigroup Plans To Cut 2,000 Jobs Next Month, Part Of Efforts To Restructure Company 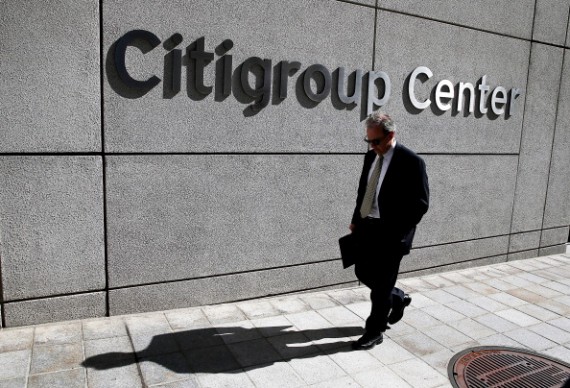 Citigroup Inc.is planning to cut at least 2,000 jobs beginning next month, a substantial portion of which will be in middle or back-office positions, a person briefed on the plans told Bloomberg.

The job cuts are part of CEO Michael Corbat's efforts to restructure some of the bank's businesses.

People familiar with the matter said that the reductions will occur across the company's global footprint and is part of the repositioning the company announced this month.

One of the insiders, declining to specify the businesses targeted, said that Citigroup has already held private discussions with some of the affected employees.

The company had 239,000 total employees by the end of September.

Employees working in Citigroup's institutional business will be among those who will be dismissed, one of the people mentioned.

The institutional business houses the trading and investment banking operations of Citigroup.

The person also said that the cuts in the unit will be more in line with the annual performance-based dismissals that Wall Street companies' employ to maintain competitiveness.

Corbat, who took over the company three years ago, is still finding areas in which to trim the company who boasted 374,000 employees before the financial crisis that forced a government bailout.

Reuters said that Citigroup said this month that they will take a $300 million "repositioning charge" in the quarter.

The charge is to "resize infrastructure and capacity" throughout its business.

Citigroup is not the only bank to reduce its staff, as Morgan Stanley will take about a $150 million charge in the fourth quarter to cover severance costs.

The company is planning to cut 1,200 workers worldwide, including about 470 traders and salespeople.

The cut amounts to 25 percent of Morgan Stanley's fixed-income staff, with other reductions coming in infrastructure and support roles.

Citigroup, like other U.S. banks, has been hurt by the weak oil prices due to the company's exposure to loans to oil companies.