James Packer Steps Down As Director Of Crown Resorts, Intensifies Speculation He Will Bid For Company 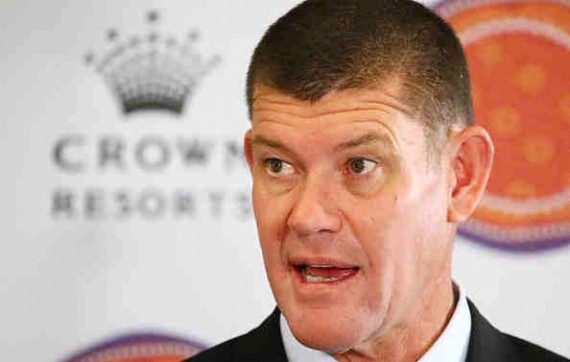 Crown Resorts Limited has announced in a press release that James Packer has resigned as a director of the company, effective immediately.

Packer's resignation has intensified speculations that he is closer to bidding for the company.

Packer said that he had been deciding the issue for several months "following the smooth transition by Rob Rankin into the company Chairman's role."

"Now is the right time for me to focus my endeavours on my new role with Crown, as I outlined to shareholders when I stepped aside as Chairman in August," he said.

Packer also said that he plans to devote his energies "to a number of key development projects."

He'll be focusing on projects in "Sydney, Melbourne, and Las Vegas, as well as Crown's online platforms."

The Financial Times said that Packer's resignation clears the path for him to make a potential bid for Crown Resorts.

Packer, who is Australia's seventh-richest person, plans to take the Australian gambling and leisure group private.

Evan Lucas, an analyst at IG Markets, said that Packers decision to resign is gearing him up "to buy the company back."

"This means [Mr] Packer won't be conflicted as a public director of Crown in the event of a bid," he said.

Packer, though, who owns 53 percent of Crown Resorts, will still continue to have influence over the company.

He also has a close relationship with Rankin.

The shares of Crown Resorts went up by as much as 6.4 percent on the news and were up 3.5 percent at 12 Australian dollars in mid-afternoon in Sydney.

Packer stepped down as chairman of Crown Resorts in August to focus on developing a multibillion-dollar pipeline for major projects.

The projects include a proposal to build a casino hotel project in Sydney's waterfront.