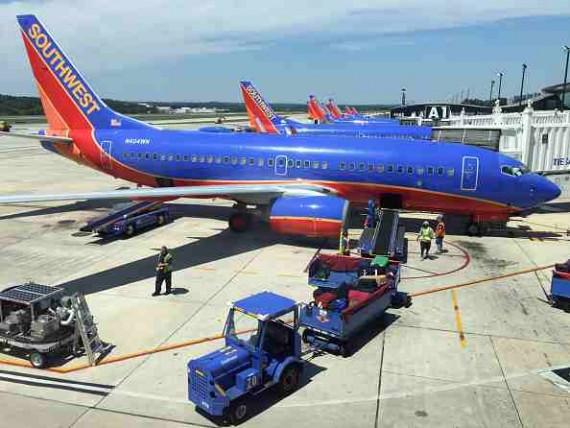 The U.S. Department of Justice (DOJ) has announced in a press release that Southwest Airlines Co. has agreed to pay a $2.8 million civil penalty to settle a lawsuit against the airline.

Southwest will be settling the lawsuit that alleges the airline has violated Federal Aviation Administration (FAA) safety regulations in its maintenance of its Boeing 737s, as well as other pending administrative matters.

The DOJ said that the settlement requires Southwest to have operational changes that are designed to enhance its oversight and control over third parties that perform maintenance on Southwest aircraft.

The airline will pay up to $5.5 million in deferred civil penalties if they don't implement the operational changes agreed upon in the settlement.

"The Justice Department believes the settlement agreement with Southwest Airlines Co. will provide meaningful improvements in safety and compliance and further ensure the integrity of FAA air safety regulations," he said.

USA Today reported that the lawsuit alleged that Southwest's maintenance contractor, Aviation Technical Services, improperly installed fasteners and sealant between the patchwork of fuselage skin on 44 planes from 2006 through 2009.

The lawsuit also alleges that shoring to reinforce the plane's structural integrity wasn't maintained properly on the 44 planes.

Southwest also allegedly hadn't moved wiring properly away from drains that allowed water to flow overboard from the galleys and lavatories of two planes.

The FAA was concerned that lightning strike could cause fires or electrical disruption if the drains were not properly grounded.

Michael Huerta, the FAA Administrator, said in the press release that the safety of airplanes "depends on the compliance of their regulations."

"This agreement provides strong incentives for Southwest to take specific steps to address the compliance problems that the FAA investigations uncovered," he said.