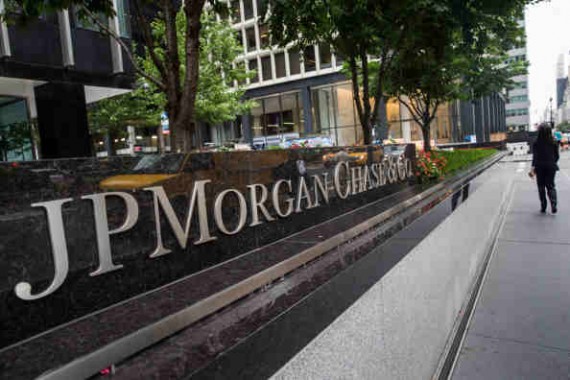 JPMorgan Chase & Co. has agreed to pay $150 million to settle investors' claims, according to a report from Bloomberg.

The company will be paying for claims that it hid from investors as much as $6.2 billion in losses caused by a trader dubbed the "London Whale."

JPMorgan was accused of turning its London chief investment office into a "secret hedge fund" that causes losses.

The group of pension funds, who is accusing the bank, said that JPMorgan told investors that its office was primarily used for managing risk when it was actually engaging in trades to generate profit.

The pension funds said in a filing seeking court approval of the deal that the settlement "reflects a reasonable compromise concerning the merits of lead plaintiffs' claims."

It also reflects "the obstacles to prevailing at trial."

Ohio pension funds and other plaintiffs in the case claim that they incurred losses amounting to tens of millions of dollars.

The losses are because their fund managers were given "false and misleading information."

Bruno Iskil was the one who made the trades for the bank.

He amassed positions in credit derivatives that are so big and market-moving that he became known as the "London Whale."

Reuters said that the settlement covers anyone who bought JPMorgan stock from April 13 to May 21, 2012.

This is the time when the bank's share price fell roughly one-quarter and wiped out more than $40 billion of market value.

Mike DeWine, the attorney general in Ohio, said in a statement that the deal would discourage fraud and help Ohio's Public Employees Retirement System recover its losses.

"Misleading investors with wrong or incomplete information is unacceptable and causes real damage," he said.

JPMorgan has paid more than $1 billion and admitted wrongdoing to settle the probes of the U.S. and British into the London Whale losses.

The bank didn't immediately respond to a request for comments.