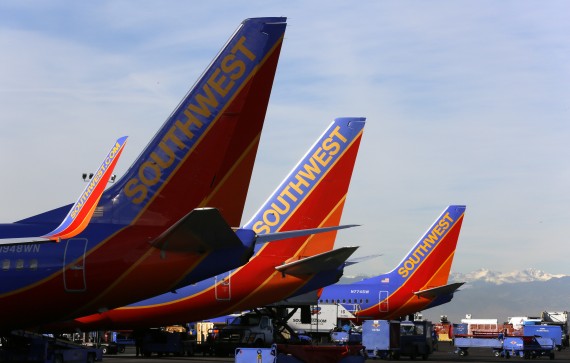 Southwest Airlines has craft beer on over 700 flights.(Photo : Reuters)

The service will bring Southwest's direct flight total out of Dallas Love Field to 31 the press release reported.

"The official repeal of Wright Amendment federal flight restrictions signifies a turning point for the Southwest brand not just in Dallas, but from coast-to-coast," Gary Kelly, chairman, president, and CEO at Southwest said in a statement. "We are pleased to offer this new service to the Customers of our home airport, who have waited 34 long years, and we thank the many, many folks who made this opportunity a reality.  Goodbye, Wright Amendment. Hello, America!" Kelly said in the statement.

Southwest will also offer a one-way nonstop service to Washington, D.C. from Milwaukee for $89 from June 8, and June 30. One-way nonstop service to Akron-Canton, Ohio to Boston Logan, and to Seattle/Tacoma, and Portland from San Diego costs the same price. The flights from San Diego to Orlando, New Orleans, Portland Ore., and Seattle/Tacoma are part of the company's 32nd anniversary of flying out of San Diego's Lindbergh Field. The Portland flight is also new for the airline as it ventures into the Northwest. These include Baltimore, Washington's Reagan National Airport, Chicago's Midway Airport, and Houston's William P. Hobby Airport.

Flights to Detroit from Atlanta, and Pittsburgh to the same destination cost $109. Atlanta to Minneapolis will be $129.