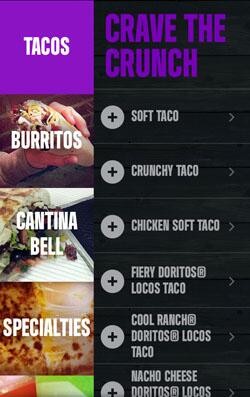 Taco Bell's mobile ordering initiative, due out in 2014 could include a mobile app.

Taco Bell started to create an app a couple years ago where customers could tell the restaurant chain what they wanted before they went to the restaurant to pick it up ZDNet reported Friday.

The fast food taco company is currently trying out the app at five locations in Orange County, Calif, Nation's Restaurant News reported Monday. Taco Bell plans to pick certain customers to solve any issues with how the app runs in the coming weeks.

"For these kids, it's not whether you have a smartphone; it's which smartphone do you have," Jeff Jenkins, mobile lead for Taco Bell told Nation's Restaurant News.

"Mobile is the biggest shift in QSR since the drive thru," Jenkins told Nation's Restaurant News.

"If you can get 10 million people to download your app, you're putting a portal to Taco Bell in 10 million pockets," Jenkins told Nation's Restaurant News.

McDonald's, Chick-Fil-A, Starbucks, Five Guys Burgers and Fries, and Chipotle Mexican Grill are other franchise restaurant chains with the technology.

The Starbucks app protects users information including usernames, e-mail addresses, and passwords according to a post on Starbuck's blog Jan. 16. Consumers can elect to not have their password stored in the app, which requires them to enter their username and password when they use the app Computer World reported.

McDonald's aims to boost sales with its McD App that allows customers to choose the promotions they want to get. These include a buy one get one free on a McDonald's breakfast sandwich, or a $1 Hot 'n Spicy McChicken Sandwich." App users must go into a McDonald's restaurant since the program does not have purchasing capabilities.