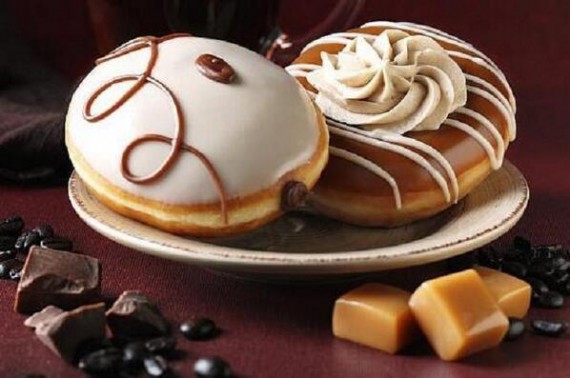 "Coffee and doughnuts are natural companions," Stephanie Nelson brand development manager at Krispy Kreme told The Los Angeles Times Times. "The rich lattes and mochas we enjoy every day were the inspiration behind these decadent doughnuts," Nelson told The Times.

The mocha kreme doughnut taste like chocolate and coffee with mocha icing on its crown the press release reported.

The caramel coffee kreme doughnut is glazed with icing that tastes like caramel and coffee the press release reported.

Customers can pick up the new treats at select Krispy Kreme locations in the United States and Canada.

Krispy Kreme is based in Winston-Salem, N.C., and was established in 1937.

More than 800 locations exist in over 20 countries across the globe the press release reported.