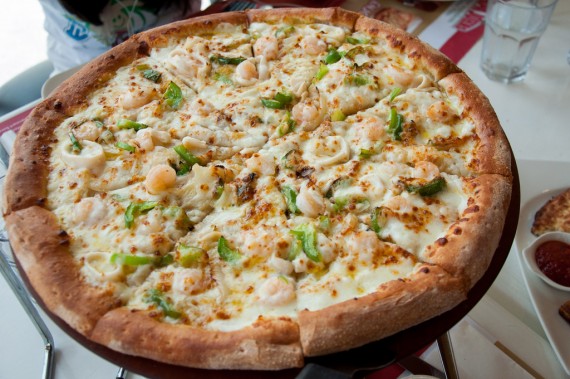 Pizza chains such as Papa John’s International and Domino’s Pizza are taking advantage of the option for customers to make orders online. Online ordering is becoming a successful tool due to its convenience for customers.(Photo : FoodTograpiya / PauLRivera Photography)

Pizza chains such as Papa John's International and Domino's Pizza are taking advantage of the option for customers to make orders online.

Large chains are investing in online ordering systems due to the success the option brings, according to The Wall Street Journal. Pizza Hut, Domino's Pizza and other big chains have made over 40 percent of their sales from digital orders.

Online ordering is becoming a successful tool due to its convenience for customers, Tap To Eat reported. Web-based systems allow customers to pay for pizza and order deliveries without having to make calls.

The online ordering system is giving big chains the advantage over smaller chains and independent pizza shops, The Wall Street Journal reported. The problem with smaller shops comes from their inability to afford the technology that bigger chains can afford.

Frannie Geraci, co-owner of Geraci's Restaurant in University Heights, Ohio, said larger chains moving into the neighborhood are the cause of her sales decreasing by 20 percent, according to Safty Feet.

Geraci stated giving customers the option for delivery and ordering online could increase her sales by 30 percent.

Domino's Chief Executive Patrick Doyle stated big chains have experienced an increase in their market shares due to the growing use of the online system, The Wall Street Journal reported.

"Most of the small and regional chains who still continue to sell the majority of the pizza in the U.S. simply aren't able to play on these technology platforms with the level of sophistication that we have," Doyle said.