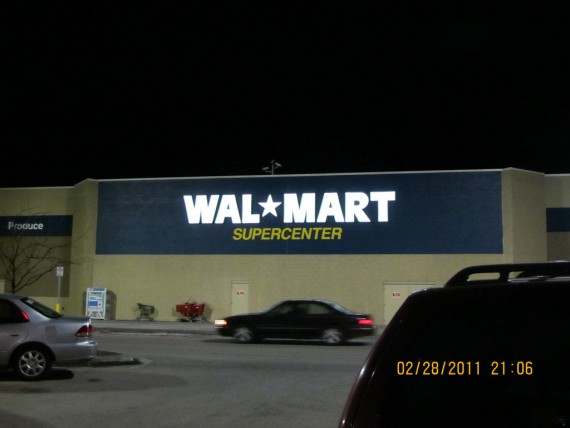 Residents of the west end of Lousville, KY gathered on Monday, Feb. 17 with the desire to have Walmart open a store in their community.

The Louisville residents stated they want there to be a Walmart in their town in order to provide jobs and reasonable prices. Community members gathered together at 18th and Broadway, where the property has been vacant for 15 years, according to WLKY.com.

While some people in the west end see the chance for work if a deal is made, there are protestors who believe Walmart opening a store in the neighborhood will be bad news, according to WDRB.

Flaco Aleman from Kentucky Jobs with Justice believes that opening a new store would be bad for business, WDRB reported.

Avery Kolers of the Kentucky Labor Institute stated her concern about opening a Walmart and the effect it could have on local businesses, according to WDRB.

"Walmart ends up kind of monopolizing the economic activity in the neighborhood," Kolers said. "That's why the closer you are to Walmart, the more likely you are to go out of business."

Supporters of a Walmart in the west end, such as Clarence Yancey, see the convenience that the store would provide when it comes to shopping for supplies that they need, according to WDRB.

"They have all kinds of stuff," Yancey said. "Plus my thing is getting young folks jobs. That's the main thing."

Councilwoman Attica Scott, D-1 District, stated her opinion when it comes to the opportunities that Walmart can provide for the neighborhood, Courier-Journal.com reported.

"I will speak vehemently against Walmart unless we have some real solid concessions," Scott said. "One being that employees coming into Walmart will be local workers from within a 2-3 mile radius of his bog box retailer, that Walmart will pay a living wage and Walmart allow workers to form a union."

City officials said they have been negotiating with a major retailer to bring in a store, but have not named the retailer or if a deal has been made, according to Courier-Journal.com. Officials are looking for about 18 acres near Dixie Highway and West Broadway for the store.