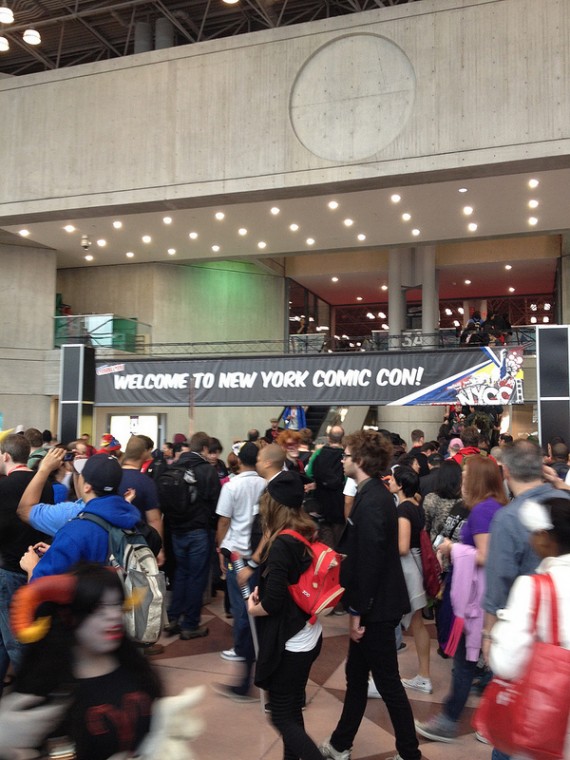 ReedPOP, the pop culture company that holds New York Comic-Con, announced it will be expanding its events with the addition of a new event for comic books called Special Edition: NYC. Special Edition: NYC will be held in Manhattan on June 14 and June 15.(Photo : jerekeys)

ReedPOP, the pop culture company that holds New York Comic-Con, announced it will be expanding its events with the addition of a new event for comic books called Special Edition: NYC.

Special Edition: NYC will be held in Manhattan on June 14 and June 15, according to The Verge. ReedPOP runs NYCC as well as Chicago Comic & Entertainment Expo and the PAX gaming convention.

The event will focus mainly on comics and graphic novels and is considered low-profile, The Verge reported. The event is designed so that fans can meet authors in a less hectic setting.

The event is set up for die-hard comic book fans, publishers and creators as a way to celebrate comic book culture, Comic Book Resources reported. Fans will have the chance to talk to artists, look for back issues of comics and socialize with other collectors in a special environment.

Global Senior Vice President of ReedPOP Lance Fensterman talked about the success the Special Edition event will bring at Comic-Con, according to Mediabistro.

"New York Comic Con has grown to include so much more than comic books- it is the ultimate pop culture event. Special Edition: NYC will give comic book fans an intimate destination to meet with publishers and special guests," Fensterman. "Its creation is meeting consumer demand for more comic book experiences and builds upon our mission to provide fans of all kinds the very best in experiential events."

Special guests for the Special Edition event include artists who have received critical praise and have dedicated followings, according to The Verge. Guests include artist Alex Maleev, an Eisner award winner for his work on DareDevil, and Brian Wood, who wrote and helped illustrate DMZ. Illustrators Frank Cho and Greg Pak, who currently write DC's Batman/Superman and Action Comics series, will also be in attendance, among other great artists.

Fans see New York Comic-Con 2014 as the biggest and most exciting pop culture convention on the East Coast, with over 130,000 fans attending New York Comic-Con in 2013, Comic Book Resources reported. The convention will feature the best and latest in comics, anime, manga, novels, movies, video games, toys, and television.