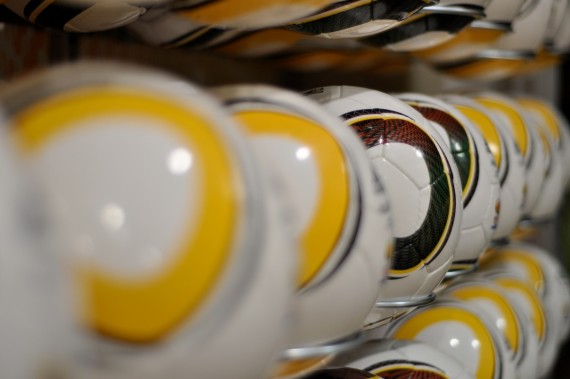 Adidas announced it will stop selling its World Cup T-shirts to promote Brazil after receiving complaints from the local government about the T-shirts’ sex appeal. Embratur, Brazil’s tourism board, state it is heavily against any product that links the image of the nation to sex appeal.(Photo : Jason Bagley)

Adidas announced it will stop selling its World Cup T-shirts to promote Brazil after receiving complaints from the local government about the T-shirts' sex appeal.

Embratur, Brazil's tourism board, stated it is heavily against any product that links the image of the nation to sex appeal, according to BBC News. The board said the image is against the country's official marketing policies.

"Such an attitude indirectly contributes to committing crimes such as sexual child and adolescent exploitation," the board said.

The board criticized many of the T-shirts sold on Adidas' website, according to Associated Press. One of the shirts said "Lookin' to Score," with a woman in a bikini in front of the word "Brazil" and a picture of the Sugar Loaf mountain in the background. Another shirt said "I (heart) Brazil," with what appeared to be a thong bikini inside the heart.

Adidas is a main sponsor and the official ball provider for the World Cup, which begins in June, Associated Press reported.

"Adidas always pays close attention to the opinion of its consumers and partners," Adidas said in a statement. "Therefore, it is announcing that these products will not be sold anymore."

Adidas added that the T-shirts were from a limited edition that was only on sale in the U.S., according to Daily Mail.

The tourism board stated the Brazilian government is extremely against any links of sex appeal connected to the nation, and that the government is working to stamp out "sexual tourism" during the World Cup, Associated Press reported. Flavio Dino, president of the tourism board, said the Brazil will make sure this offense does not occur.

"We want to make it clear to our main commercial partners in tourism that Brazil does not tolerate this type of crime in its territory," Dino said.

Dino said the sex appeal Adidas' T-shirts promotes gets in the way of Brazil promoting its true qualities, according to Associated Press.

"This campaign goes against what Brazil defends," Dino said. "Our effort is to promote Brazil for its natural and cultural attributes. An initiative like this one ignores and disrespects the message the government is trying to get across."