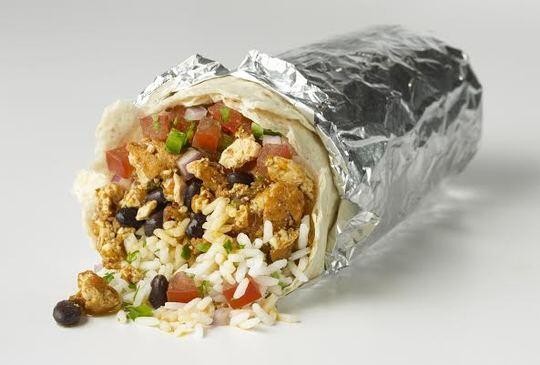 The burrito has organic tofu, roasted poblanos, chipotle chiles, and spices Fast Company Friday. The food caters to customers who may want a vegetarian food item.

The item joins Chipotle's meat burrito, crispy tacos, soft tacos, salad, and chips and guacamole according to information on the company's website.

"There is no machine to make this," Tsai told Fast Company's Co-Exist.

Chipotle tried out the burrito over the last year, and collaborated with Tsai to make sure the food tasted the best it possibly could.

Concern has risen over the company's possibly loss of business, but Chipotle's new direction is deemed safer.

"It's not a concern to us that we're going to lose business over this," Chris Arnold, spokesman for Chipotle told Bloomberg Businessweek.  "If anything, it engenders more trust when you're more forthcoming about the food you serve. Any downside there may be ... is going to be eclipsed by the upside with being transparent," Arnold told Businessweek.