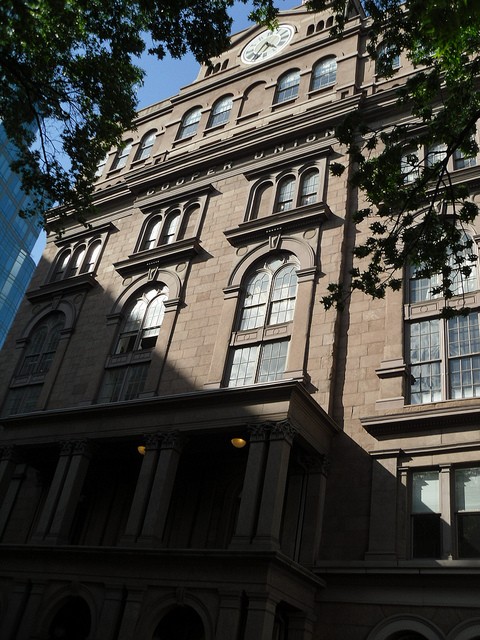 Breather is now offering private office spaces to residents of New York City, which can be rented out on a mobile app. Space can be rented out for peace and quiet in Soho, Midtown West and Flatiron.(Photo : Dougtone)

Breather is now offering private office spaces to residents of New York City, which can be rented out on a mobile app.

The Canadian company launched last year in Montreal, where rooms can be rented out for $15 per hour, according to PC World. New Yorkers will be able to rent out space for $25 per hour.

Space can be rented out for peace and quiet in Soho, Midtown West and Flatiron, Metro reported. Breather is planning to open more spaces in the future.

Breather CEO Julien Smith said a light-filled space with windows was the primary setting he wanted to present to customers, according to Metro.

Smith said Breather was created for "people who need to work or people who are out of town and need some space that isn't Starbucks."

"Sometimes, people want Wi-Fi that works properly or they want to take their shoes off," Smith added.

To find rooms on the app, customers can use geo-targeting on their iPhones to show available rooms on a map, PC World reported. After the room is selected and the reservation is made, a code appears on the phone that the customer can use to unlock a keypad on the door to the room.

According to PC World, Breather intends to provide a professional service, banning the use of Breather for "illegal or immoral purposes". These purposes include pornography, gambling, prostitution and drug use. While a cleaning staff is sent to the rooms after reservations, users are expected to clean up after themselves and leave the room in a neat condition.

Smith said he isn't concerned with customers using the rooms for inappropriate reasons, and that his company has yet to run into any problems of abuse, according to Metro.

"You don't not invent the subway just because someone might jump in front of it," Smith said.

Jeremiah Owyang, industry analyst and founder of Crowd Companies, said Breather has a great chance of success in New York, PC World reported. Owyang said the company can take off with the concept of an extra place for people to get work done and relax, along with the growing use of mobile phones.