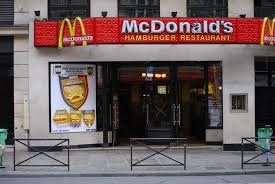 John Cisna, an educator at Colo-Nesco High School in Colo, Iowa came up with the idea from 2004's McDonald's documentary "Super Size Me" by Morgan Spurlock the Examiner reported.

"It's kind of scary to realize that in nine days, I'll have spent half a year of my life eating nothing but McDonald's," Cisna told TODAY.

Cisna informed three of his students of the challenge when school began last year in an attempt to find out if he was capable of consuming anything edible at McDonald's and not gain an extra pound North Carolina Fox television affiliate WGHP reported in January.

Cisna also wanted to chart how his body would react to the feat. He was able to teach his students valuable information about life in the end WGHP reported.

Cisna started the endeavor Sept. 15 when he was 280 pounds which equals a 38 body mass index Today reported.. The BMI is now 30, and his weight 224

"I'm not bored of the food, but I am missing other foods. I am craving seafood. In fact, my first night when I am done with this, I'm going to have some shrimp and some scallops and some salmon. Maybe some asparagus on a bed of rice pilaf," Cisna told Today.

Cisna has stuck with the strict requirements of his protocol, minus one instance when there was no McDonald's around at La Guardia where he was anticipating a flight.

"I was starving. In front of God and the whole world, I admit that that night, I had a bag of cashews, an apple and a diet Pepsi, so that's the only time that I have broken from the diet," Cisna told Today.

"I personally would not recommend this to anyone," Elisa Zied, a registered dietitian nutritionist in New York told Today. "Fast food can be part of a healthful, balanced and nutrient-rich diet but it... shouldn't be a large part," Zied told Today. Zied also wrote the book, "Younger Next Week."

Cisna is now going to consume other foods again, while following a 2,000 calorie diet.

"I'm not recommending anybody do the McDonald's (diet), but it's certainly is there for the taking if they want to try it," Cisna told Today. "There are many, many avenues - I've just opened up one avenue of a way for people to start to get healthy."