Food Shortage Could Prove Problematic in Near Future 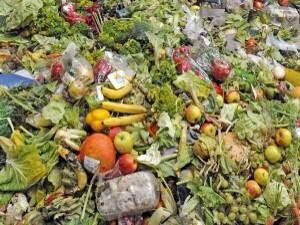 Food shortages could becoming more and more of a problem.

According to an article on Northwestern University's website, the weather is becoming more and more warm creating severe issues for farmers, and limiting the amount of food throughout the world, and therefore the amount farmers have in excess.

"What we have seen in previous years when there's less food grown, farmers don't have a lot left over to give us," Ross Fraser, media relations manager of the Chicago-based food bank network, Feeding America told Northwestern University. "There are heartbreaking stories about food pantries unable to open due to bad weather conditions."

One recent case included the possible removal of guacamole from Chipotle's menu.

"They're pushing aggressively to remove policies and to bring them more in line with what science has shown us and what experience has shown us over the last three decades," Val Giddings, senior fellow with the Information Technology and Innovation Foundation in Washington, D.C. said in the article.

Some feel people putting policies into play aren't really in tune with what's going on.

"It's been a long time since many of those who make policy have really felt hunger," Giddings told Northwestern University. "Most of those in policy decision-making positions have grown up in a world where they at least were never really exposed to hunger. So when you've not been burned, you tend not to understand the full seriousness of fire."

"We need to have policies in place that enable us to more quickly develop and apply new technologies to solve these sorts of problems," Giddings told Northwestern University. "This is a profoundly anti-innovation state of the policy realm and it needs to be fixed."

"The most immediate impact might not be in [more] hunger, but it will certainty be in price. Just look at recent history. Political uprisings in the Arab Spring were galvanized if not initiated by food price spikes associated with commodity price volatility. If people get hungry, they get antsy," Giddings told Northwestern University.