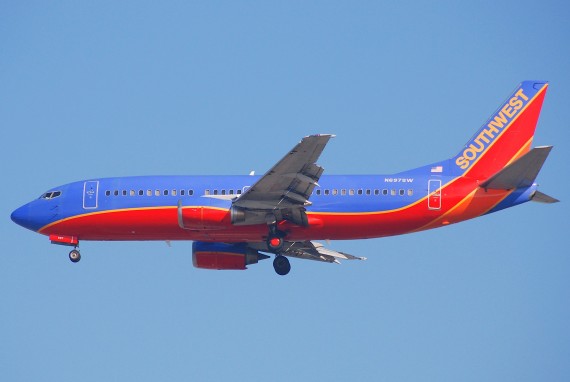 "We've been interested in expanding at Washington National for a long time. Southwest appreciates the efforts of the U.S. Department of Justice in making this historic opportunity possible and providing us with the ability to grow at this important airport," Ricks said in the statement.

"We also thank the Metropolitan Washington Airports Authority (MWAA) for its leadership in providing convenient accommodation for our new DCA service.  Southwest looks forward to bringing more of our low-fare, large-jet, Customer-friendly service to travelers who work and live close to Reagan National," Ricks said in the statement.

Passengers can fly one of the airlines sixe round trip flights from Chicago's Midway airport for $119 and up each way starting Aug. 10.

Three round trips to and from Nashville will cost $129 and up each way, with two round trip fares and travel to New Orleans starting at $129 the press release reported.

Other flights will be launched Sept. 30 from Reagan to Tampa as part two round trip tickets with fares beginning at $84 each.

Aside from Reagan, service between St. Louis and San Francisco is also slated to start Sept. 30 for $119 and up.

Southwest is also adding three more flights to Chicago's Midway on Sept. 30 in a move that will make nine daily round trips available along with service throughout the day via Reagan and over 40 municipalities in the United States the press release reported.

Before all of the aforementioned dates however, round trip service from Los Angeles and Omaha starts June 9 with $159 each segment. Flights from St. Louis Los Angeles initiate June 8 while special Saturday flights between Boise, and Los Angeles start June 14.

Click here for guidelines and dates about when to book fares.