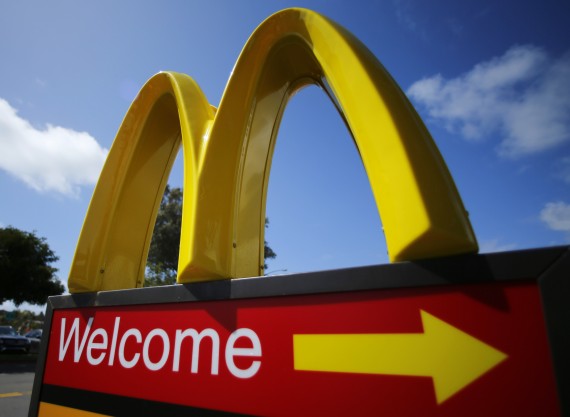 Customers who walk into select McDonald's locations beginning Monday up until the end of the day April 13 can receive a small cup of the company's McCafe branded coffee for no charge The Associated Press reported Friday.

The promotion appears to be the result of Taco Bell's launch of its breakfast menu Thursday, which includes the Waffle Taco, and the A.M. Crunch wrap.

McDonalds has also pondered how to serve breakfast for longer periods during the day, and serve young adults in their twenties and thirties in order to adapt to their consumption routines, and boost sales.

The breakfast extension option could prove problematic because of the size of the kitchens at each McDonald's location. McDonald's finishes serving breakfast at 10:30 a.m. and immediately begins taking lunch orders in a custom that has led some customers to want the first meal of the day available longer.

As a result, McDonald's added an After Midnight menu at certain restaurants in order to keep stride with competition, and increase sales in 2013. The selections featured minimal food options for breakfast and lunch, which were served from 12 a.m. to 4 a.m. when kitchens were not busy.

The fast food restaurant chain has started to offer Chicken McWraps, and egg whites for regular egg ingredients in all breakfast sandwiches.

According to the AP, McDonald's began selling breakfast items throughout the United States in 1975, and has since topped breakfast time in sales.

Burger King joined the mix in 1979 with a selection of products that saw additional companies create their own.