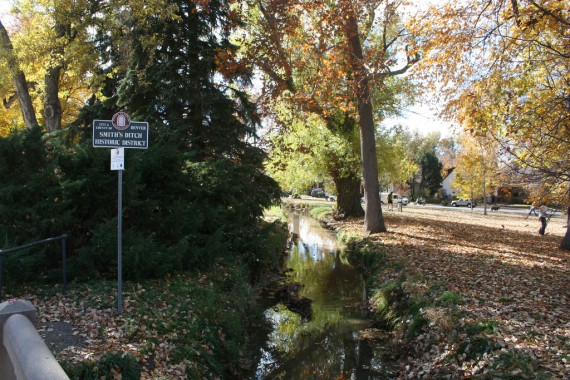 Denver Parks and Recreation is considering banning alcohol at Washington Park this summer.

Jeff Green, spokesman for Denver Parks and Recreation, said Wednesday that District 7 City Councilmen Chris Nevitt sent a letter to the department, which asked to look into an alcohol ban because of bad behavior and abuse at the park, according to The Denver Post.

"We need to affect a profound yet cost-effective change in Washington Park," Nevitt said in the letter. "I believe that the complete ban of alcohol in Washington Park is that change we must affect. It is simple, straightforward to communicate, and easy to enforce."

The park allows people to bring only 3.2 beer, The Denver Business Journal reported. However, complaints have been issued that involve behavior such as illegal parking, littering, public urination and defecating in nearby alleyways.

The ban will be discussed at a meeting with the Denver Parks and Recreation on Wednesday, April 9 at 6 p.m. at the Denver Baha'i Center.

Green said the department will not be taking any action during the discussion, The Denver Post reported.

"We don't expect action to come out of this meeting," he said. "We'll be taking comments and consideration."

Green added the only action Parks and Rec is able to take is to enforce a temporary ban on alcohol, which would last 180 days. He added that things would go back to normal after that period, and that long-term regulation needs more meetings and discussions with people in the community.

Green said the department looks to use the meeting as a chance to learn from people in the neighborhood about issues, The Denver Post reported. He added that the park was used more last summer than in recent years.

"If people use last summer as a base, there's no question we were busier in Wash Park than previous years," Green said.

Citizens have been using social media to show their disagreement with the possible ban and advise people to go to the meeting and encourage Denver Parks and Rec to not enforce the ban.