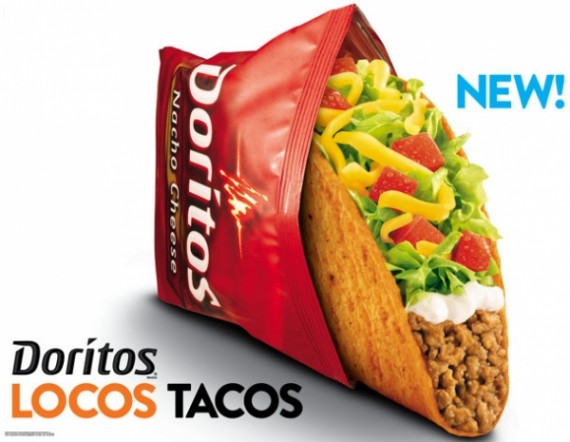 Four former college students, and former Taco Bell interns reportedly want some recognition for coming up with what would eventually become the company's next

Andrea Watt reportedly came up with the idea for Doritos Locos Tacos while at an internship in 1995 The Huffington Post reported Tuesday. The four students then suggested the idea to the higher ups at Taco Bell as part of the company's intern competition the Post reported.

While victory was not theirs, Taco Bell reportedly used the concept or a close resemblance over 15 years later.

"I'm sure I signed away that anything I pitched to them was their property anyway. I would just like someone to recognize that it was a good idea," Watts told the Post.

"When I saw it come out, my jaw almost dropped. I'm surprised it took so long, it was just so obvious to us then. When we did our presentation they were like, 'It's not really that marketable,' and we were like, What?" Watt told the Post. "...I finally tried one after about a year and a half of them being out. It was pretty good," Watt told the Post.

Mark Rader, another intern was made aware of the Doritos Locos Taco when he saw an ad for it on a billboard in Chicago. "I was like, oh my God, no way. It's really a thing. Are people really going to want this?" Rader told the Post.

"We were brought in, I'm sure, because they were really going after 18 to 24-year-olds. We thought, hell yeah, I know a 20-year-old kid who is going to eat a Dorito taco,'" Rader told The Post

Bob Taber, a former account supervisor at Taco Bell's advertising agency Bozell in 1995, and current executive director of branding and communications at the business school at Colorado State University is not sure what the interns entered into the contest, but saw dollar signs for the company.

"I don't know what the client ended up doing with them, but the client certainly saw all of the pitches," Taber told the Post reported. "It's not uncommon at all to come up with a new product idea that goes nowhere, but then years later pops up." "Good ideas can come from anywhere, but an idea without execution does not make a successful product," he wrote. "The concept of making a taco shell out of Doritos may have come to people's minds which is why we've had no shortage of those who have claimed it was their idea."

Doritos ingredients include a Taco Supreme made with beef, lettuce, diced tomato, cheddar cheese on top of reduced fat sour cream, inside a shell from doritos nacho cheese chips.