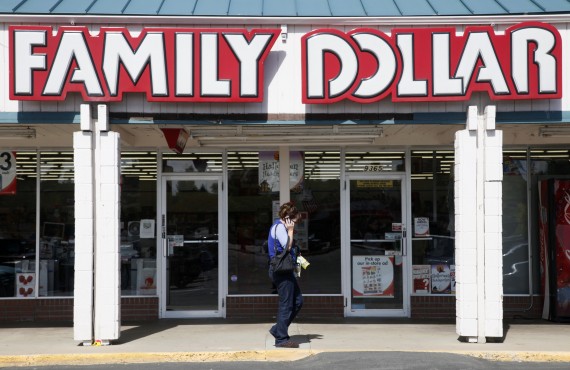 About 400 Family Dollar stores are locking their doors, and cutting back  due to less than predicted results in the second financial quarter Forbes reported Thursday.

"Our second quarter results did not meet our expectations," Howard Levine, Family Dollar chairman and CEO, said in a statement Forbes reported. The 2013 holiday season was challenged by a more promotional competitive environment and a more financially constrained consumer. In addition, like many retailers, our second quarter results were significantly impacted by severe winter weather, which resulted in numerous store closings, disrupted merchandise deliveries and higher than expected utility and store maintenance expenses," Levine said in a statement.

According to Bloomberg Businessweek, the shutterings, and employee  amount to 4.6 percent of Family Dollars 8,100 stores that are expected to save $45 million a year starting in the third quarter.

Job cuts are also part of the equation as are price decreases of 1,000 products along with limiting the establishment of new stores.

This will consist of a cutback in the number of locations Family Dollar establishes from 500 stores in 2014 to 350 to 400 new locations in 2015 Bloomberg Businessweek reported.

According to Forbes, Family Dollar earned $2.7 billion during the quarter, an amount that meets estimations and shows a six percent decrease during the period of time in 2013 when money it made decreased to $90.9 million in $140 million during 2013's second quarter Forbes reported.

This showed shares at 80 cents each, which were 40 cents less compared to those in 2012's second quarter.

In-store sales also dropped 3.8 percent due to what is believed to be a result of customers buying less merchandise Bloomberg Businessweek reported.

Family Dollar expects third quarter shares to land anywhere from 85 cents and 95 cents a share without taking into account costs to re-organize.

Earnings per share in the quarter are also expected at 72 and 82 cents.