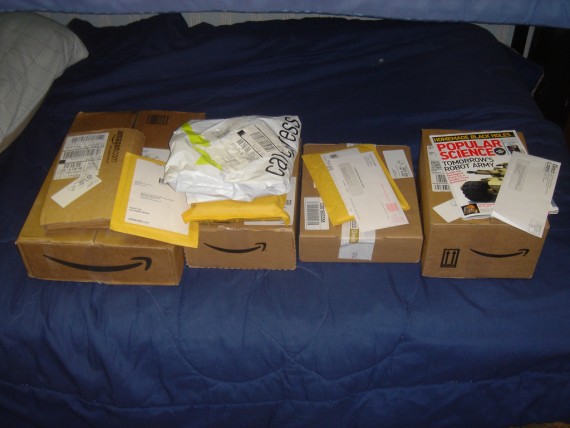 Amazon.com is getting ready to release its own smartphone in the second half of the year. The electronic commerce company looks to announce the phone by July and start shipping the devices by the end of September.(Photo : Michael Lehenbauer)

Amazon.com is getting ready to release its own smartphone in the second half of the year.

The electronic commerce company looks to announce the phone by July and start shipping the devices by the end of September, according to USA Today.

The smartphone will put Amazon in competition with Samsung Electronics Co. and Apple Inc., The Wall Street Journal reported. Versions of the handset were demonstrated in recent weeks in San Francisco and Seattle.

People familiar with Amazon's plans said the company is looking to make its phone stand out from other smartphones by adding a screen that can display three-dimensional images without the need for special glasses. They added that device would also include retina-tracking technology in four front-facing cameras that will make the images appear in 3-D, which would appear similar to a hologram.

Amazon is looking to dedicate more time to designing and developing hardware. Jeff Bezos, chief executive of Amazon, said he believes that customers should buy the company's products for Amazon's hardware and not just the products themselves. The design and price for the phone has not been revealed, and people familiar with the company say Amazon may change the release date because of performance or other dilemmas, The Wall Street Journal reported.

Amazon will be able to access data such the user's locations and app downloads, The Wall Street Journal reported. This can help the company improve sales for video downloads, household goods and e-books.

Rumors about Amazon releasing a phone have been going around for a long time, USA Today reported. Rumors started last Fall about the company offering a free phone with or without a contact, to which Amazon responded by saying the phone it would release would not be for free.