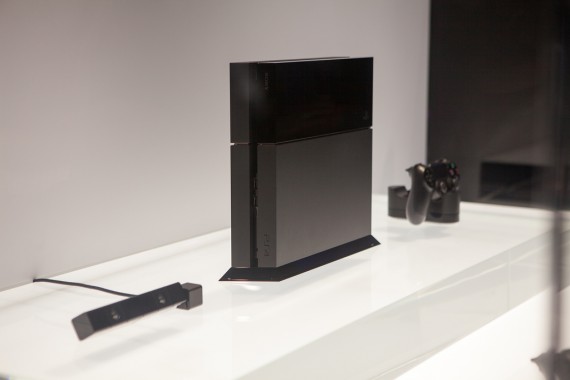 Individual parts for Sony’s Playstation 4 are now on sale in Japan for local gamers. Owners of the PS4 can buy different components, such as HDD bay covers, power cords, HDD bay brackets and screw sets.(Photo : Mooshuu)

Individual parts for Sony's Playstation 4 are now on sale in Japan for local gamers.

Owners of the PS4 can buy different components, such as HDD bay covers, power cords, HDD bay brackets and screw sets, according to The Christian Post. A similar service is actually available for the PS3.

Selling spare parts for the console can help Sony with the issue of consoles being scarce lately because of high demand. Finding a replacement part may be more efficient than replacing the whole console that could be damaged.

There is currently no report involving the service being available for PS4 owners in the United States or Europe, Gamespot reported.

The console was not available in Japan until last month, The Christian Post reported. Sony said the console's availability would further decline due to the release of the PS4 in other regions.

Despite the short amount of time of being available in Japan, Sony announced recently that they reached their goal of selling over 5 million units of the PS4 by the end of the fiscal year, having already sold over 6 million units.

Fergal Gara, executive for Playstation in the U.K., said that despite increasing demand for the console, Sony will regain full supply in the near future, HNGN reported.

"I can't work [the math] out precisely," Gara said. "But based on what I've seen so far, I think it is going to be [hard to find a console] until around about April. You might get a fortnight or a week here or there where it is more available, but we should be back to free supply by about April ... That's our best guess. It might be a little earlier than that, or it might be a little later. But we'll get there."

The PS4 was released worldwide in 57 countries, including Japan.