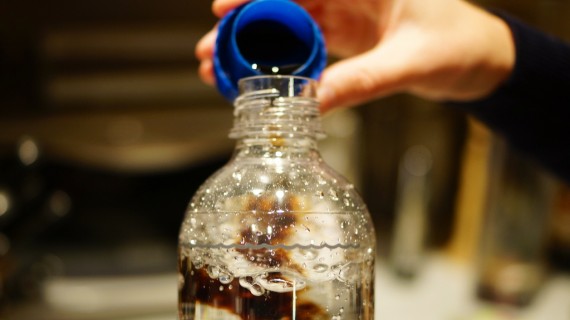 Starbucks is planning to purchase 10 percent of SodaStream at a company value of $1.1 billion, according to reports.

Israeli business publication Globes reported that Starbucks is in "advanced talks" to buy a 10 percent stake in SodaStream that would value the company at $1.1 billion. SodaStream has a market cap of $850 million; Starbucks' offer reflects a 30% premium on the market price.

That represents a 30% premium on SodaStream's market cap of $844 million as of Tuesday's market close. Globes said an official announcement will be made soon.

SodaStream makes carbonated beverage machines that allow consumers to create their own sodas as a greener alternative to regular soda consumption.

Last year there were reports that PepsiCo was considering buying SodaStream outright for more than $2 billion.

According to the report, SodaStream is declining to comment on the rumor. SodaStream said in response, "There are always rumors surrounding the company. The company has not responded to rumors in the past, and it will not respond now."