Service sector up in the U.S., fastest pace since summer 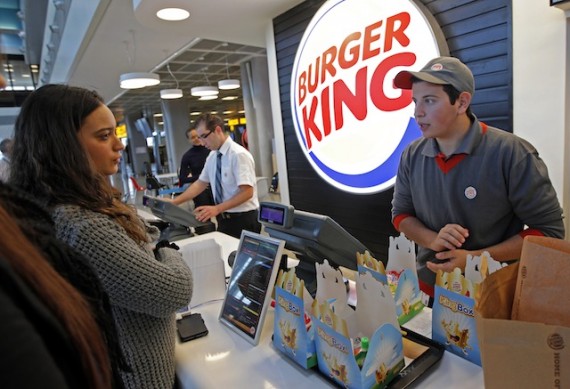 A Manchester, N.H. Burger King is putting its foot down on senior citizen women that park their cars in the restaurant's parking lot while on bus trips to Boston. (Not Pictured)(Photo : Reuters)

The service sector grew last month at its fastest pace since the summer, suggesting the economy is rising following a slow start to the year.

The Institute for Supply Management (ISM) reported Monday that its service-sector index increased to 55.2 from 53.1 in March. According to ISM, any reading above 50 indicates expansion. The last time the index was higher was when it reached a post-Great Recession high of 57.9 in August.

The majority of respondents in the survey indicated that business conditions and the economy were improving, the ISM said.  The ISM is a trade group of purchasing executives.

The service sector is the largest part of the U.S. economy and the ISM's index rose last month because of increased business activity, production and new orders. Inventories continued to grow.

The report is "more evidence of growth reaccelerating after exaggerated weakness a couple of months ago," said Jim O'Sullivan, chief U.S. economist at High Frequency Economics, according to the Associated Press.