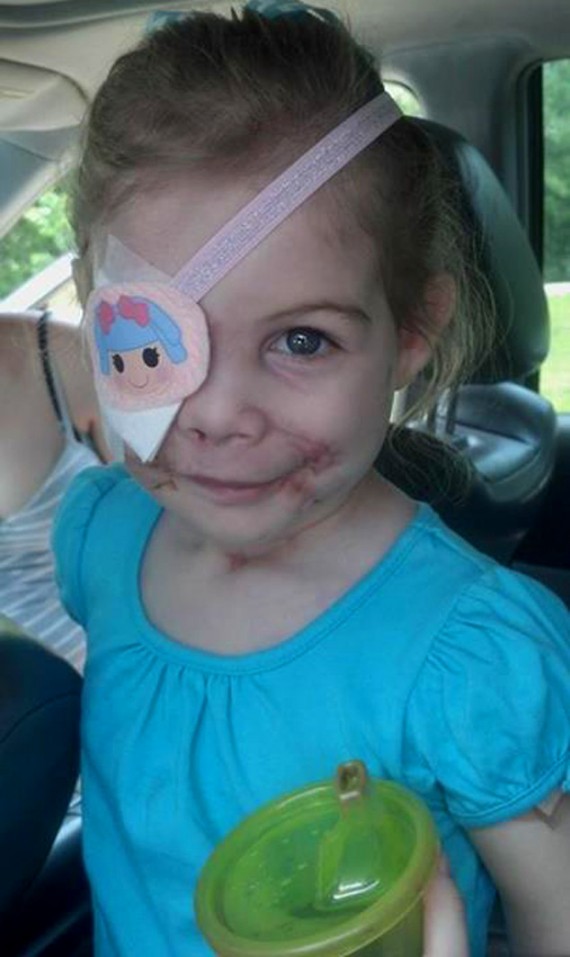 Story of girl getting tossed from KFC hoax(Photo : Facebook)

The report of a Jackson KFC accused of asking a 3-year-old girl to leave because of facial scars was nothing more than a hoax, according to the Laurel Leader-Call.

Kelly Mullins said an employee at a Jackson, Miss., KFC discriminated against little Victoria Wilcher, who was mauled by pit bulls, because her 'face is disrupting customers.' But a third party investigation has reportedly uncovered that the family never visited the store May 15, meaning the story was a hoax.

Kelly Mullins has raised more than $135,000, received free surgeries for her granddaughter and drawn $30,000 from KFC itself after claiming an employee at the fast-food joint ordered little Victoria Wilcher out because of her severe scarring.

"They just told us, they said, 'We have to ask you to leave because her face is disrupting our customers,'" Mullins told WAPT-TV of the alleged May 15 incident. "(Victoria) just cried the whole way home ... She won't look in the mirror."

But despite the findings, the little girl's family has insisted that they are telling the truth.

'I promise its not a hoax,' said a statement the girl's Facebook group, likely written by her aunt, who maintains the page. 'I never thought any of this would blow up the way it has.'

A third-party mediator has been brought in on the case and he has been investigating the claims. KFC released the following statement.

"We continue to take this report seriously, and of course have great sympathy for Victoria and her family. Since we have so far not been able to verify the incident in our internal investigation, we have also hired a third-party consultant to conduct an independent investigation to help us resolve this matter," Hannon said in a statement reported by WJTV. "We have always prided ourselves on respect for all people and we will continue to emphasize this to all our employees. In addition, regardless of the outcome of the current investigation, KFC Corporation has committed $30,000 to assist with Victoria's medical bills. Along with the KFC Corporation, we are determined to get to the truth and address the situation appropriately."