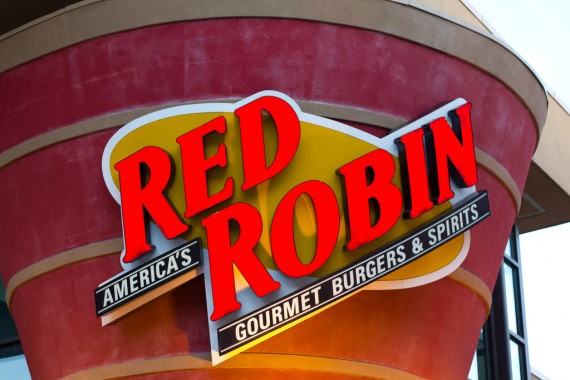 As many as 5,000 may have been exposed to hepatitis A in Missouri restaurant
(Photo : flickr.com)

Red Robin's "monster" meal was named the single unhealthiest meal of 2014 in the Center for Science in the Public Interest's "Xtreme Eating Awards." It includes a "monster-sized" A.1. peppercorn burger, bottomless steak fries and a "monster" salted caramel milkshake - and 3,540 calories.

Nine meals from American chain restaurants were selected for the 2014 Xtreme Eating Awards, a list released yearly by the Center for Science in the Public Interest as a way to highlight meals that are very high in calories, saturated fat, sodium and sugar.

Nearly all the meals on this year's list have at least 2,000 calories, and a few top 3,000 calories. "You could take half home and still overeat," the CSPI says.

While Red Robin gets the top spot, the Cheesecake Factory gets the most - three - for its Farfalle with Chicken and Roasted Garlic (2,410 calories), Bruléed French Toast (2,780 calories) and Reese's Peanut Butter Chocolate Cake Cheesecake (1,500 calories).

Denny Marie Post, Red Robin's senior vice president and chief marketing officer, says the burger combo criticized by the center "combines some of our most indulgent items into one meal." A customer could just as well order a lettuce-wrapped turkey burger, sans cheese and bun, with a side of broccoli and a light lemonade for 540 calories, she says.