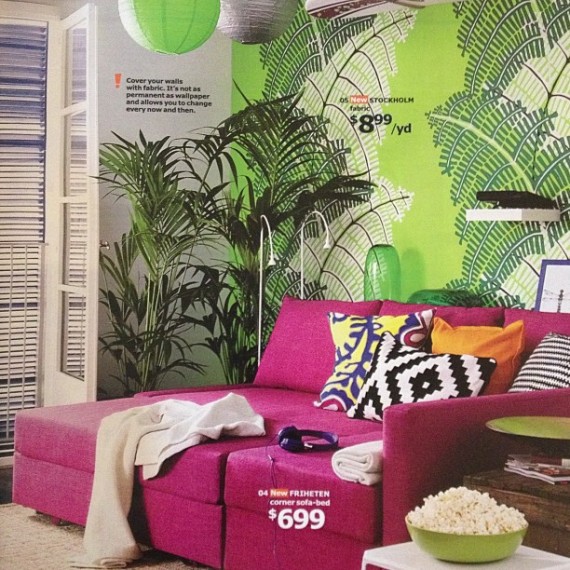 A sample page of Ikea's catalog released in 2014.(Photo : designmilk)

To save on budget and to adjust to its widening global reach, Ikea depends on its in-house production studio to create realistic homes. Tweaks in images are necessary depending on the market, and this can cost quite a lot for the furniture company. A kitchen attractive for the US market may not do so well in countries like Japan or Germany.

Ikea's IT manager spearheading the project, Martin Enthed said, "From both an environmental and time point of view, we don't want to have to ship in all those white-goods from everywhere, shoot them and then ship them all back again."

Quality-wise, the Ikea team had no problem with traditional photography, but they see the transition to computer-generated homes as necessary. To do a photoshoot, you'll need the prototype furniture built in different parts of the world to be shipped. Re-shoot is necessary when there are changes in the prototypes. It's easier and cheaper to edit photos rendered digitally.

The Swedish company first used a computer-generated image in 2006 with a wood chair called "Bertil." By 2013, a fourth of the catalog were already digitally rendered. The figure has more than doubled as three out of four in an Ikea catalog are created in a digital software.

Ikea is know for its ready-to-assemble furniture and accessories. Since January of 2008, the Swedish company is the largest furniture retailer in the world.