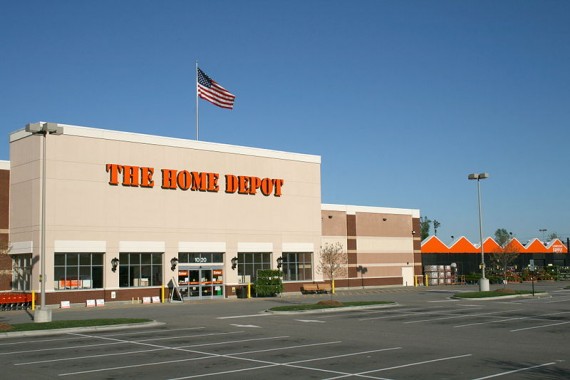 The blogger reports on his site Krebs on Security about a batch of stolen credit and debit card details being sold online. Multiple banks point at Home Depot as the source of the stolen cards that appeared in two batches for sale in rescator.cc, the site where the stolen Target data also appeared.

Paula Drake, Home Depot's spokesperson, confirmed that the company is investigating the suspected breach. “Protecting our customers’ information is something we take extremely seriously, and we are aggressively gathering facts at this point while working to protect customers,” said Drake.

There are signs that the breach dates as far back as April or early May 2014, which leads analysts to believe that the hack is larger in scope than Target's. The data breach in Target happened in December last year, suspected to be done by Russian hackers. It's believed that they're the same hackers responsible for the data breach in Sally Beauty, P.F. Chang's, and many others.

Krebs said in his report that that hacking is a sign of retribution for U.S. and Europe's sanction on the Russian market. The two batches that went for sale are named “American Sanction” and “European Sanction,” for the Europe-based credit cards used in the compromised stores.

It's still unclear how many stores the breach has implicated, but initial analysis shows that it probably affected around 2,200 Home Depot stores around the US.

The hacking imposes a pressure on banking corporations to tighten their security to further protect their customers. Some major companies are late in employing Europay-MasterCard-Visa (EMV). The EMV cards creates a unique code for every transaction, which makes it difficult to copy account numbers and security codes.

Home Depot is the largest home-improvement chain in the country with 2,248 branches across the U.S. and 287 more in Canada, Puerto Rico, Guam and Mexico.